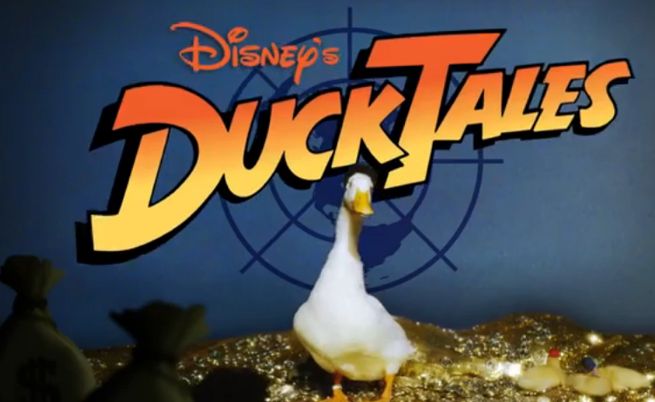 In the cute viral video department, Oh My Disney has offered up a winner. The Oh My Disney YouTube channel posted a one minute clip yesterday of the DuckTales theme song and intro segment redone with real live ducks.

The video shows yellow ducklings and full-size white ducks re-enacting the scenes from the intro, originally done by the cartoon versions of Uncle Scrooge, Huey, Dewey and Louie. DuckTales ran for three seasons from 1987 until 1990, airing one hundred episodes. A theatrical spinoff called DuckTales the Movie: Treasure of the Lost Lamp was released on August 3, 1990.

In just a day, the DuckTales live-action recreation has garnered over 400,000 views on YouTube. Could the popularity of the video help to bring DuckTales back?