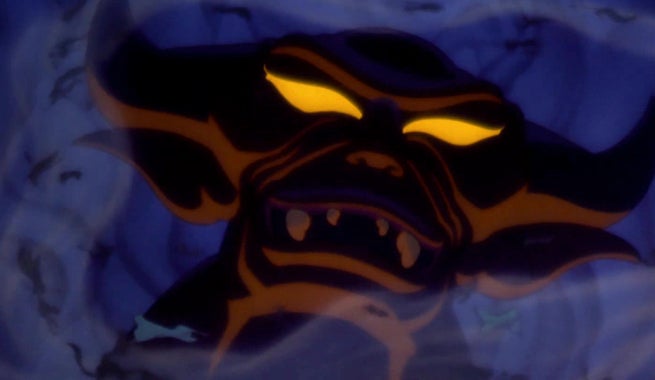 Walt Disney Studios is reaching into their animated archives for a live-action adaptation of “Night on Bald Mountain,” a sequence from 1940’s Fantasia.

Matt Sazama and Burk Sharpless, who wrote 2014’s Dracula Untold and the upcoming The Last Witchhunter (with Cory Goodman), will pen the script. “Night on Bald Mountain” was a sequence from Fantasia where a demonic creature conjured spirits from the dead. The spirits flew and reveled in a night of chaos, until the eventual sunrise sent them back to their realm.

This is a rather deep cut for Disney, who's lately mined their animated features--albeit, more recognizable ones-- for live-action adaptations. According to The Hollywood Reporter, Disney will approach Night on Bald Mountain similarly to Maleficent, the 2014 Sleeping Beauty spin-off starring Angelina Jolie. Seeing as how Maleficent conjured $758.4 million in worldwide revenue, those aren’t bad footsteps to follow.

For a refresher on Night on Bald Mountain, check out the video below.

Are you excited to see a Night on Bald Mountain live-action movie? Let us know in the comments, and stay tuned to ComicBook.com for more updates on the project.