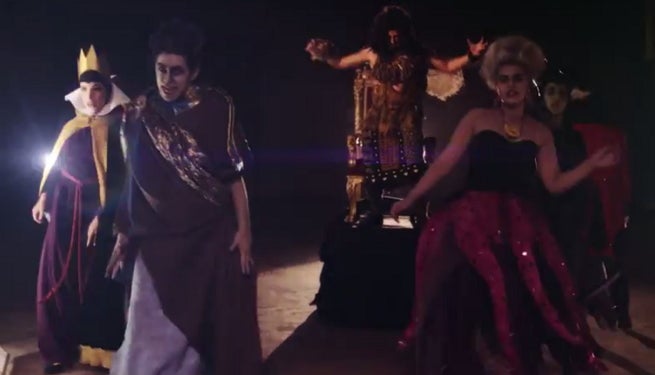 In preparation for the site’s Halloween countdown of the scariest Disney villains, Oh My Disney has released a video of several Disney animated film villains singing an altered version of One Republic’s song “Counting Stars,” changing the title to “Counting Scars.”

It’s…pretty much exactly what it says on the tin: people dressed up as animated Disney bad guys, singing about how gosh darn evil they are.