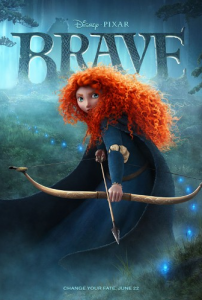 While most of the recent clips and ads for the film have focused on plot and character, this one--titled "Summer Games"--is decidedly more action- and comedy-oriented, focusing on the games that the king and queen initiate to see who will win the hand of their daughter, Princess Merida.

Check it out below, and let us know what you think! At a time where most studios balk at having a solo, female lead in an action-adventure film, a high-profile success for Brave could be just what the film industry needs to get projects like Wonder Woman and Queen & Country back on track.