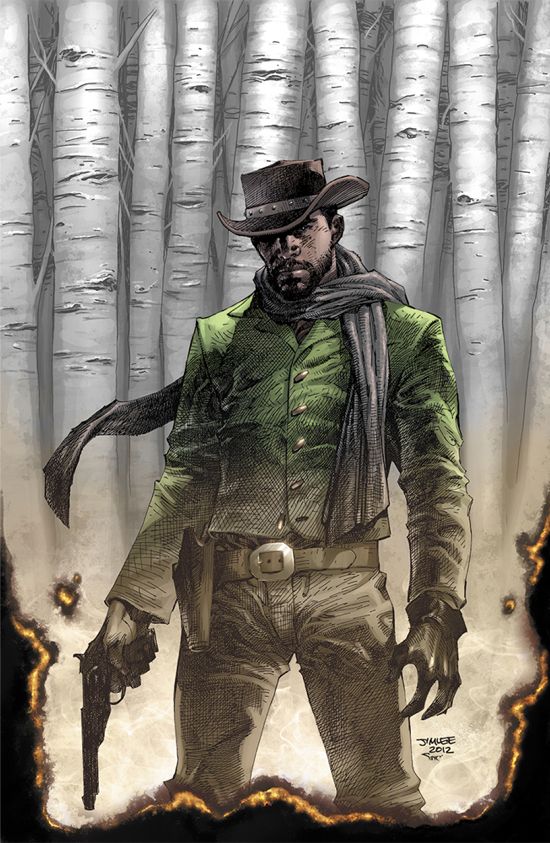 DC Comics has released a special five page preview of their upcoming Django Unchained comic book mini-series. While there are lots of movies based on comic books, Django Unchained is actually the rare case of the reverse happening.

The mini-series is based on the feature film Django Unchained, which is directed by Quentin Tarantino and stars Jamie Foxx. Django Unchained tells the story of Django, a slave-turned-bounty hunter who, with the help of his mentor, sets out to rescue his wife from a ruthless Mississippi plantation owner. Django Unchained is scheduled to arrive in theaters on December 25, 2012. 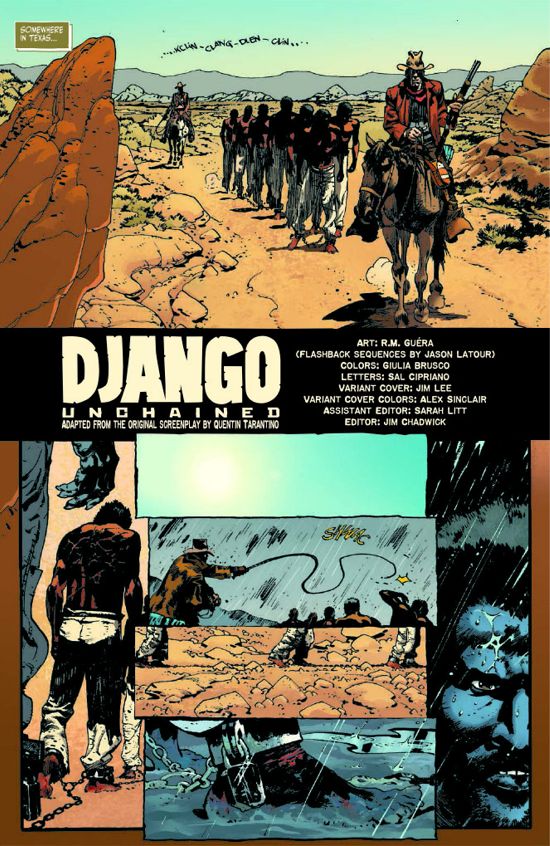 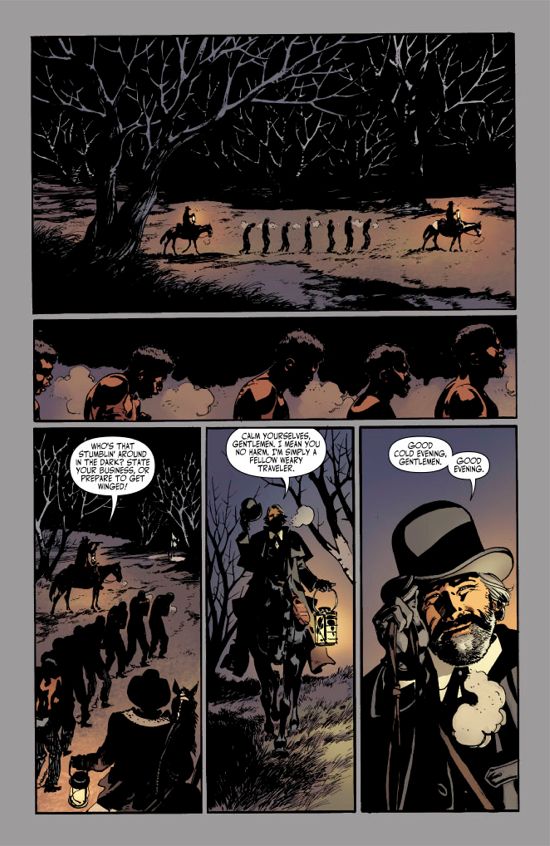 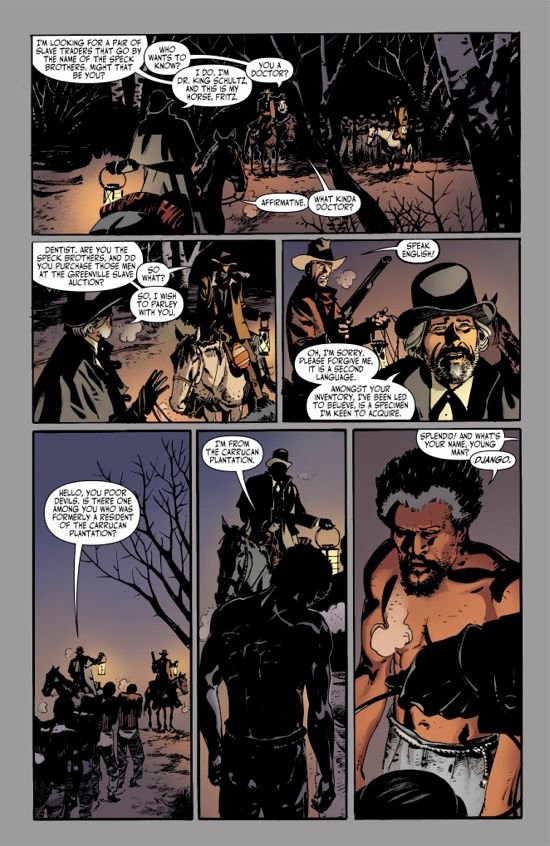 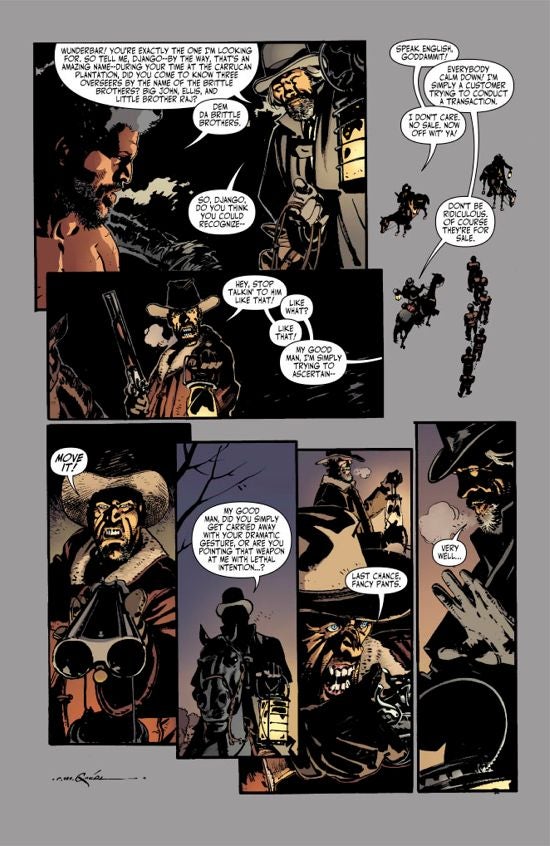 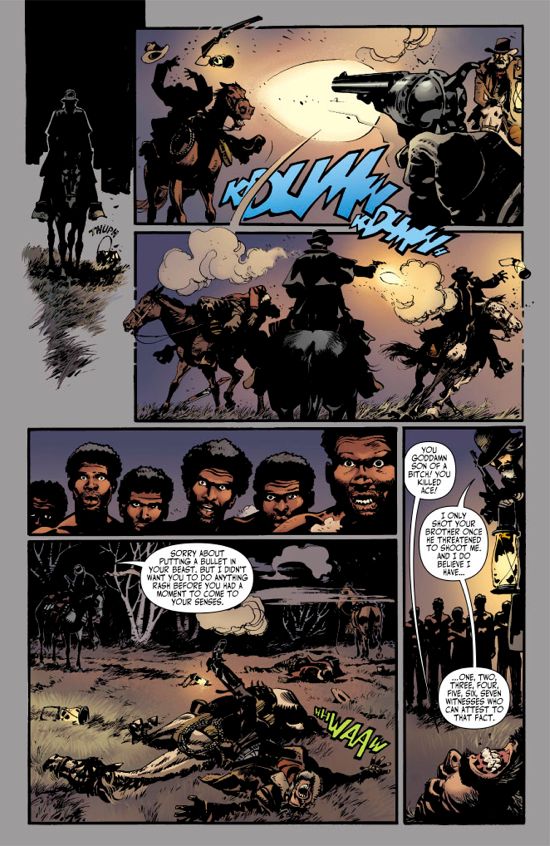