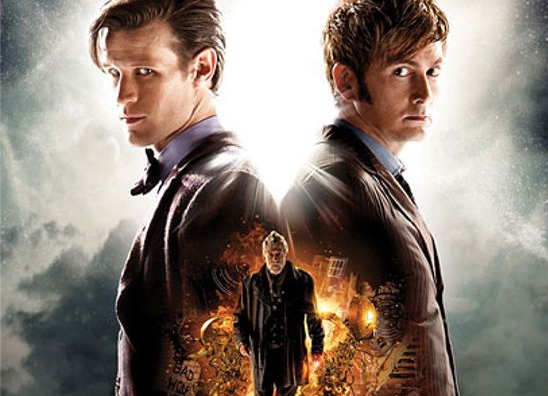 As promised, the first trailer for the Doctor Who Fiftieth Anniversary Special--titled "Day of the Doctor"--aired just now and is available online via the BBC's YouTube channel. You can see the embed below. Also as expected, the trailer doesn't actually feature any footage from the special, which stars David Tennant, Matt Smith and John Hurt, all as The Doctor. It's not clear how Hurt came to be in the role, since he'd never played the character before the most recent episode, last season's finale titled "The Name of The Doctor." Theories abound, from Hurt secretly being a Doctor nestled during the show's long hiatus before showrunner Stephen Moffat brought it back to his being the "real" Ninth Doctor, with Christopher Eccleston really being an impostor. 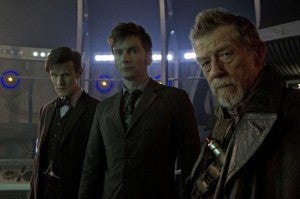 And, ever since word came out that this trailer would be a retrospective trailer rather than a tease of things to come, we've wondered whether it might have to do with whatever that Tom Baker advertisement was a while back... Details of the episode are being kept under wraps, which is likely why no revealing footage of the episode is included in the trailer...all eyes are on this, and it's likely the instant any actual new footage is released it will be scrutinized to death. As often happens with this kind of thing, that could prove problematic because hardcore fans could either deduce the episode's plot...or become so convinced that they have, that whatever it's actually about would only disappoint them. The Doctor Who Fiftieth Anniversary Special: Day of the Doctor is set to air in a global simulcast on November 23 and will be available on Blu-ray and DVD come December 10.

Dragon Ball Super: Why The Heeters Are Some of the Most Dangerous Villains

PlayStation Fans Were Not Happy With Today's State of Play