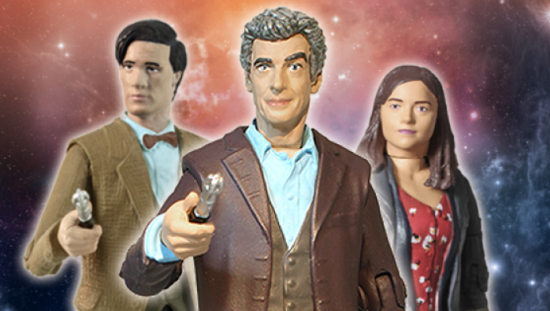 The BBC revealed the 2014 lineup of Doctor Who toys at Toyfair in London today. The lineup includes, among other very cool things, the first action figure of the newly regenerated Twelfth Doctor, played by Peter Capaldi. The action figures come from toy company Character Options and stand 3.75 inches tall. The set of seven is based around the 50th anniversary and Christmas specials and will include the Twelfth Doctor, Matt Smith's Eleventh Doctor, companion Clara Oswald, a Zygon, an Assault Dalek and an Imperial Guard Dalek. Also coming in 2014 is a new line of vinyl figures from Titan Merchandise. The Geronimo! Collection includes figures based on Doctor Who's seventh season, while the The Gallifrey Collection features David Tennant's Tenth Doctor, Rose Tyler, a Dalek and a Tardis with "Bad Wolf" spray-painted onto it. Titan also revealed 6.5 inch tall vinyl figures of the Tenth Doctor and the Eleventh Doctor as he appears in the Season 7. Not shown were new Daleks, which will fill out the 6.5 inch vinyl line. As you can see from the previews below, the figures all look very cool and should give Who fans plenty to collect in the coming year. The Character Options action figures are scheduled to release in June 2014, and the line will expand further with figures based on Season 8 later in the year. Titan's Geronimo! Collection is scheduled to arrive in June, with the Gallifrey Collection following in August. The 6.5 inch figures are expected sometime in 2014. Doctor Who Season 8 is currently in filming and will air later in 2014. 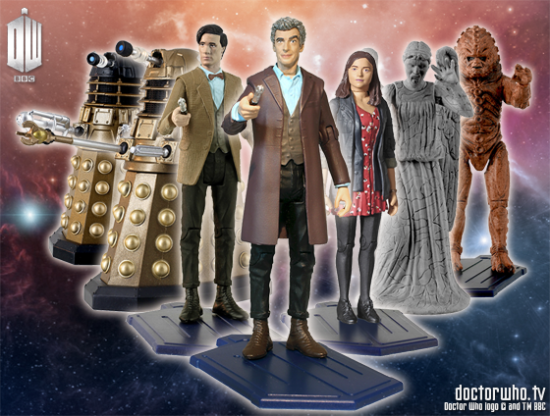 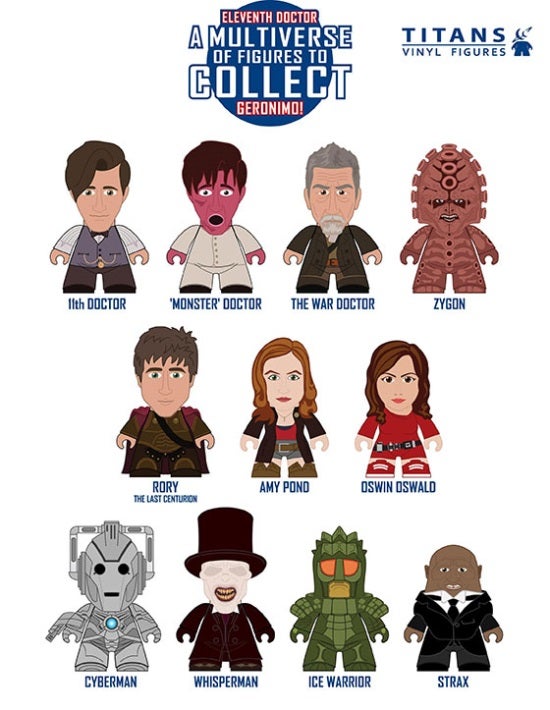 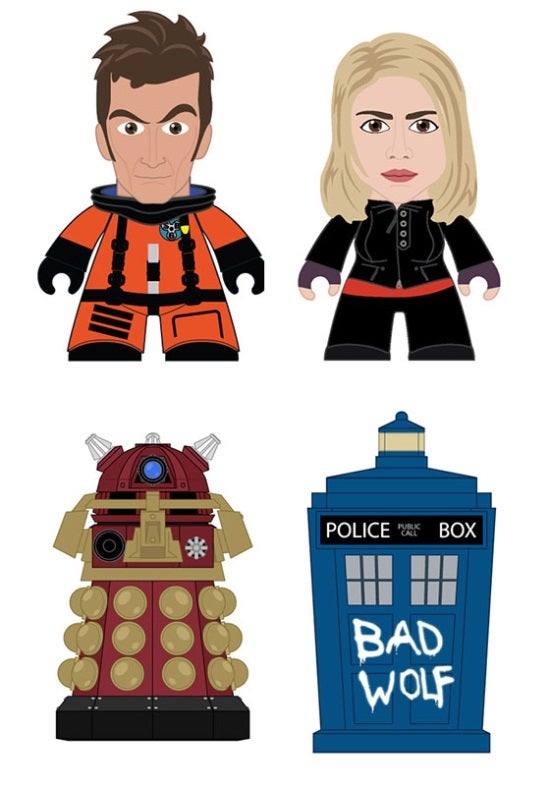