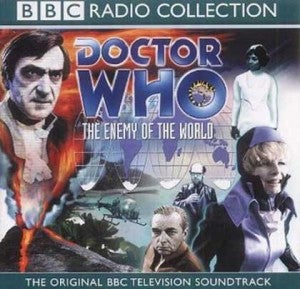 A press conference previously announced for midweek and widely expected to announce the discovery of previously-missing episodes of classic Doctor Who, has been delayed until Friday, The Daily Mirror reports. According to the article, a BBC spokesman admitted today they were "not quite ready" for the press conference--the topic of which is officially still unknown. Contrary to early reports that as many as 106 episodes may have been discovered in Africa, the most recent version of the rumor says that less than ten were found, but that the episode found will ultimately complete the six-part stories Web Of Fear and Enemy Of The World, both of which are expected to be made available for purchase digitally immediately after the announcement and screening at the press conference. The paper says, "The BBC has asked the Mirror not to reveal the new details of the London press conference, but fans should find out which episodes have been discovered by the end of the week," which sounds as though The BBC have all but given up on the prospect of the British press not sharing at least the fact that it's episodes of Doctor Who. According to various online reports, a number of other '60s-era BBC programs thought lost have been discovered in the same lot. Rumors have swirled for quite some time that a number of the lost and presumed destroyed episodes had turned up, but it wasn't until June of this year that the rumors started to take on a larger life, with a number of websites reporting on the claims and conspiracy theories cropping up that episodes had been found and were being withheld to coincide with the Doctor Who fiftieth anniversary celebrations.