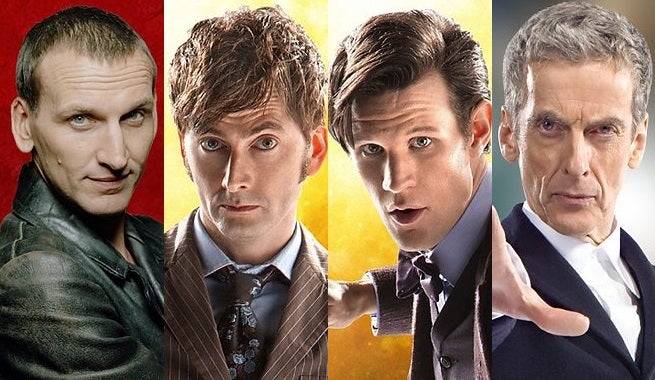 Doctor Who just celebrated the tenth anniversary of its new run on television, which started the 2005 episode "Rose," and Christopher Eccleston as the Ninth Doctor. A decade and four Doctors later, executive producer Steven Moffat says that fans can expect the Doctor's adventures to continue for at least another five years.

Even after 10 years on the show, Moffat goes on to say that it's never an easy production.

Moffat says that the show is a strong as it ever has been since the relaunch in 2005, and is actually growing internationally.

"Ten years on, our ratings are pretty much the same. Actually, internationally, bigger. No show does that! You're meant to go down! Doctor Who just stays. It's extraordinary!" he said.

He also revealed that the BBC had a surprisingly practical outlook when Moffat took the reins from previous showrunner Russell T. Davies.

"When I first took it over, the BBC said to me, 'We've done all our calculations. The ratings will now fall. Expect to lose quite a bit. We don't mind that. We're going to keep it going. So long as it's a good show we won't mind if the ratings stop being quite as amazing as they were. That's absolutely fine.' And they didn't. They pretty much stayed the same."

Ben Stephenson, head of BBC drama, echoed Moffat's confidence in the series, saying there's no reason that can't be celebrating the show's 100th anniversary in another 50 years.

"Because it's such an amazing format, because you can constantly revive it and re-imagine it, then as long as the people looking after it are passionate about it and the BBC is passionate about it, there's absolutely no reason why it can't do another 50 years."

Doctor Who will return for Series 9, with Peter Capaldi as the Twelfth Doctor, later in 2015.

Doctor Who Will Air Until At Least 2020