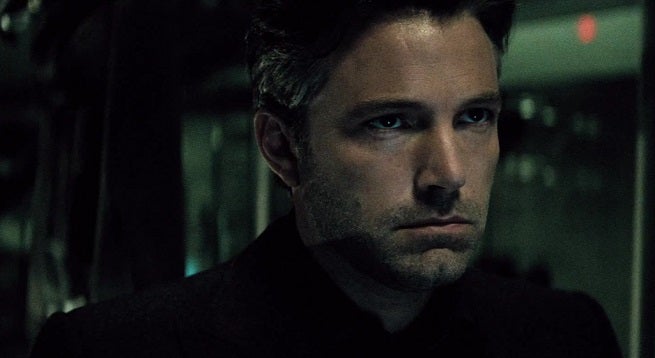 Fans are used to seeing Robin Easter eggs everywhere; there was so much time and effort spent looking for them in The Dark Knight Rises that it's kind of invigorating to get through the first Batman V Superman: Dawn of Justice trailer without one...

During the shot of Bruce Wayne that we see in the trailer, it appears that there's a display case with a cape, and gloves in it behind him... 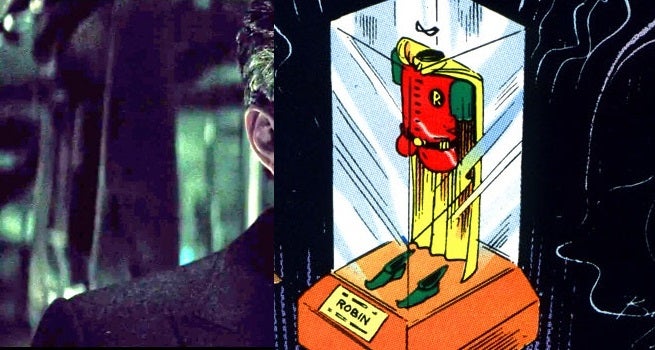 ...which kind of jives with the visual of Jason Todd's costume, which sat on display in the Batcave for years after his death.

That would seem like a real reach, in most cases, but the fact that there have been persistent rumors from various sources saying that Jason Todd will have been Robin, and will be dead, by the time the movie starts lends some credibility to the theory.

Also, Batman V. Superman cinematographer Larry Fong indicated earlier today after someone pointed out the Ridder Easter Egg that he didn't think anyone had found the best Easter Egg yet. Could this be it?

Does Batman V. Superman Trailer Have A Robin Easter Egg?