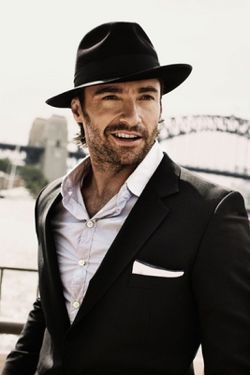 In fact, a joint statement issued by Academy Awards producer Laurence Mark and executive producer Bill Condon backs up that this was the reason for their selection. "Hugh Jackman is a consummate entertainer and an internationally renowned movie star," said Mark and Condon. "He also has style, elegance and a sense of occasion. Hugh is the ideal choice to host a celebration of the year's movies – and to have fun doing it." While choosing Hugh Jackman might seem like a bold move by the producers of the Academy Awards, it is not like they are choosing someone who is untested. Jackman served as host of the 58th Annual Tony Awards in 2004, and he wound up winning an Emmy Award for his work in that role. Hugh Jackman was also recently selected by People Magazine as the "Sexiest Man Alive," which certainly won't hurt the Oscars in attracting female viewers. In fact, the choice of Hugh Jackman to host the Academy Awards could very well prove to be brilliance. The Academy Awards can still incorporate humor into the show through video segments and presenters, but by choosing a more serious host, there is not as much pressure on any one person to be funny and carry the show. Plus, maybe producers will throw in a treat for comic book fans and let Hugh Jackman plug his next movie by showing some scenes from the upcoming X-Men Origins: Wolverine.