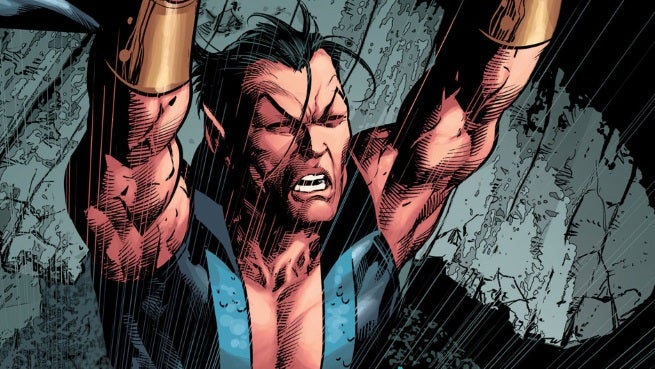 With Marvel Studios greenlighting movies based on Guardians of the Galaxy, The Inhumans and other lesser-known Marvel properties, there's been a lot of speculation as to whether fans should be expecting a film based on Namor, the Sub-Mariner.

One of Marvel's oldest super-characters, Namor first appeared in 1939 and around the time of the Marvel bankruptcy, was one of a number of characters licensed to Hollywood for motion pictures.

In the case of Namor, like the Incredible Hulk, the character ended up at Universal Pictures, where they were serious enough about the property that they went into pre-production, commissioning concept art from artist Peter Rubin, who would later go on to develop the look of Krypton for Man of Steel.

"I'd love to be involved if that were to come back," Rubin told us last year. "I have stuff on my hard drive from that film that I would love to be able to show on my website, I would love to be able to use in a movie—really, really interesting possibilities with that. Really for me and I think for Jonathan Mostow who was scheduled to direct it if it had happened, the fun of it was taking the story of Namor which is—in the comics, it's a little bit medieval, it's a little bit of a fairy tale kind of a setting both in the social structure and also in the way everything is designed. To take that and to find a cool, science fictional grounding for it and our intention was to do something very similar for world-building as was done for Man of Steel, which was to just come up with a really great sci-fi story that would explain and put a foundation under the things that existed in the comic book that were invented in perhaps a more naïve time." 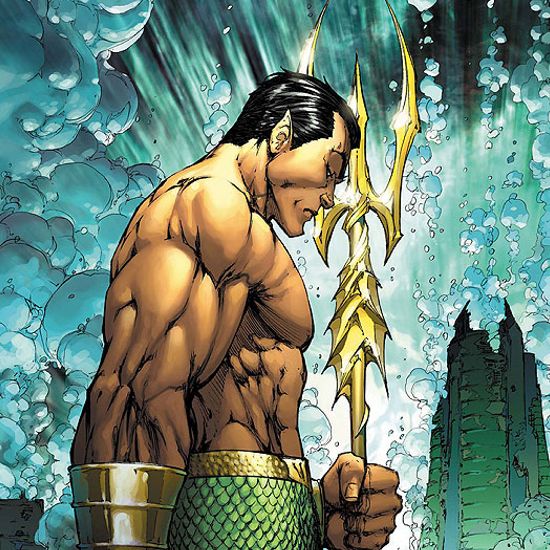 In late 2013, Marvel's Kevin Feige said in a magazine interview that the rights remained at Universal, confusing many journalists and entertainment industry watchers who assumed they had already lapsed and reverted to Marvel.

"There are three or four slots" for upcoming Marvel projects, Marvel Studios President Kevin Feige told Empire. "We've got six or seven things going. We've got to choose which four will go. It's a Battle Royale!"

Asked whether one of the projects under consideration was Namor, though, his answer was brief: "That's at Universal."

That made it believable when, earlier this year, a rumor started that Universal was considering a Namor movie with Legendary Pictures, their new business partners and previously the publishers of Man of Steel and The Dark Knight. It was only about two weeks later, though, that Marvel had regained the rights already. Around that time, Feige said that the rights situation with the character was "complicated."

IGN asked Feige if it was even possible for Universal or Legendary to make a Namor film, and Feige simply said “No.”

So if not them, then Marvel?

“Yes, but it’s slightly more complicated than that,” he explained. “Let’s put it this way – there are entanglements that make it less easy. There are older contracts that still involve other parties that mean we need to work things out before we move forward on it. As opposed to an Iron Man or any of the Avengers or any of the other Marvel characters where we could just put them in.”

It's not immediately clear what those contracts could be -- it could be licensing and merchandising, where Marvel would just have to write a check they don't want to write -- or something tougher to get around, like a distribution deal that would force Marvel to work with Universal to distribute the film. With Marvel Studios now owned by Disney, that would likely be a deal killer.

The latter makes some sense, as there has always been rumors that's the reason Marvel hasn't yet made a new Incredible Hulk movie, a franchise Universal produced two installments of before the Marvel/Disney sale.

Of course, if it is about distribution, the actual use of the intellectual property might not be enough to make Universal's rights kick in; they might need to actually make a solo film. There are characters -- Black Widow and Hawkeye, to start -- used by Marvel for their storytelling potential, but licensed and merchandised comparably little to the "core" team of Avengers and with no apparent plans for solo films. Marvel's Agents of S.H.I.E.L.D. is, thus far, an entire show full of characters who don't show up on t-shirts, toys and are unlikely to have their own movies.

So, if the rights are back with Marvel, in one form or another, could we see him turning up sooner than later?

Does Marvel Studios Have The Rights Back To Namor?