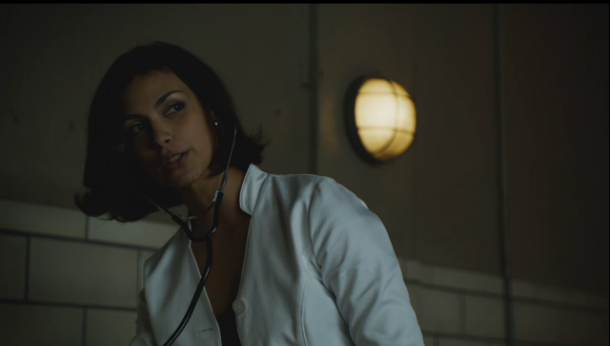 When Jim Gordon returns in Gotham next week, he’ll have a new ally to go with his new gig at Arkham Asylum.

That would be Dr. Leslie Thompkins, a longstanding Batman character whom Gotham has reimagined as a physician for the criminally insane. Morena Baccarin, who plays Dr. Thompkins on the show, says that her character will be an ally to Jim Gordon instead of the Wayne family, marking a significant departure from the comic book mythos.

“Jim finds an ally in her, which I think is important for him at this point. He’s beaten down by the system and he’s been fighting this one-man operation to make Gotham not as corrupt,” Baccarin told Entertainment Weekly. “I think it’s really important that he finds that relationship in Leslie.”

You can see the two heroes’ first encounter at Arkham in the clip below.

Gotham returns for its midseason premiere on January 5th at 8:00 p.m. on FOX.

The Rock Says He Would Be Honored To Serve As President

Attack on Titan Series Review: An Anime Classic That Will Stand the Test of Time