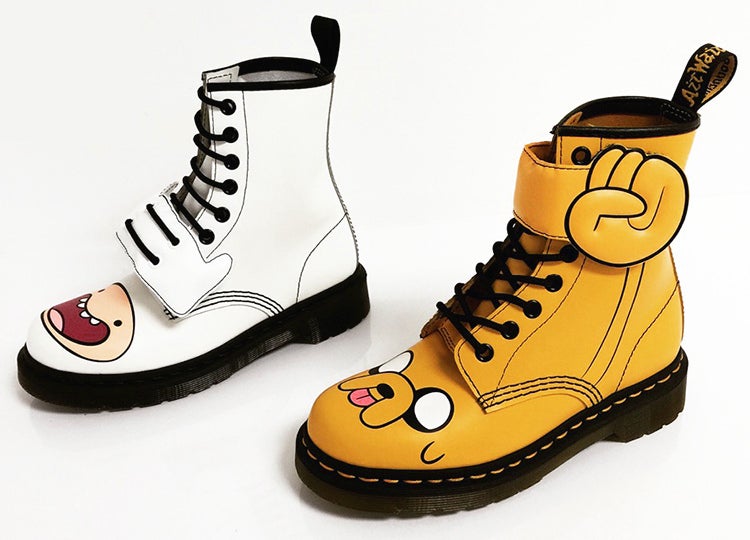 Next month, Dr. Martens and Cartoon Network will a new Adventure Time-themed series of boots for men and women. 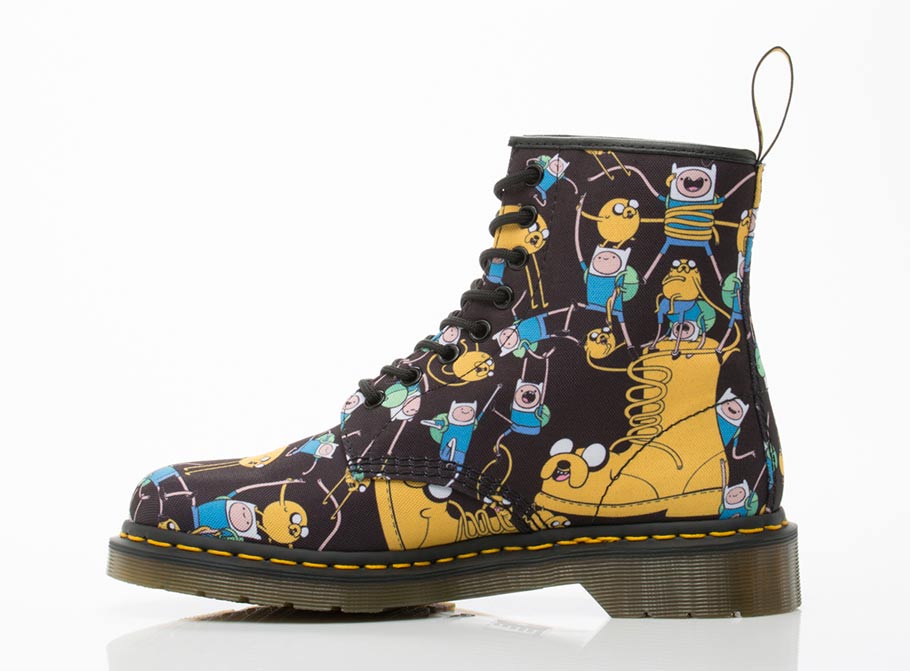 There are three sets of boots -- Finn and Jake character boots and a third pair that features both characters in a print on more ordinary boots.

They're currently available to pre-order online from SOLESTRUCK for both men and women.

Cartoon Brew reports that only 1,460 pairs of the Finn and Jake boots will be created.

They will be available to purchase in Dr. Martens stores and online on March 3, 2015.