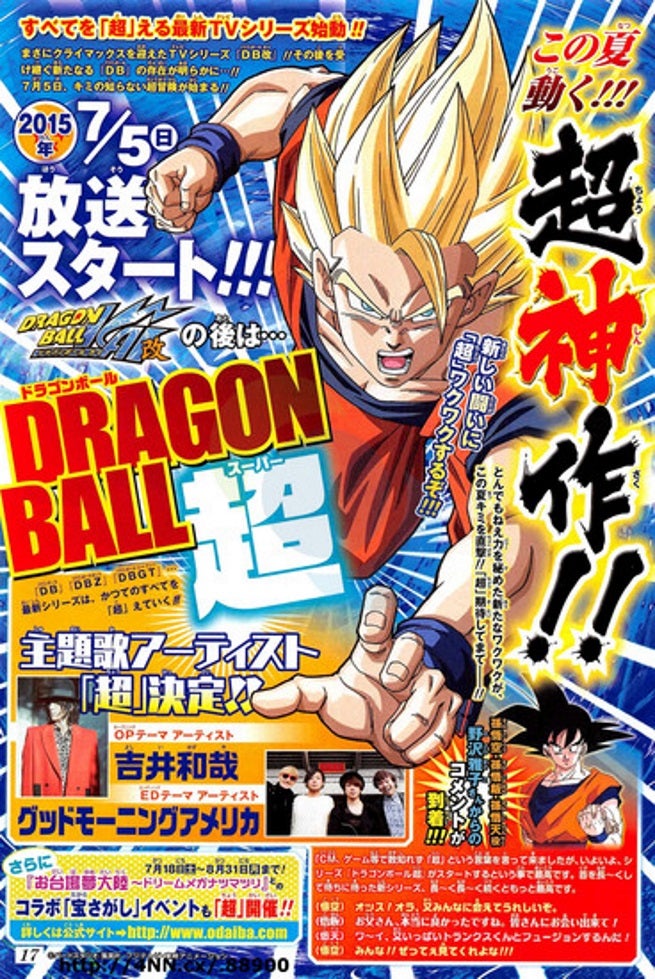 Dragon Ball Super will premiere on Fuji TV in Japan on July 5. The announcement will be officially made in Monday’s new issues of Weekly Shonen Jump.

The new series, the first new Dragon Ball anime series in 18 years, will be featured in Fuji’s 9 a.m. time slot. The story will begin several years after the battle with Majin Buu, during a period of peace of Earth.

The series follows the recent animated film, Dragon Ball Z: Resurrection ‘F,’ which opened in Japan in April and will be screened on select screens in North America in August.