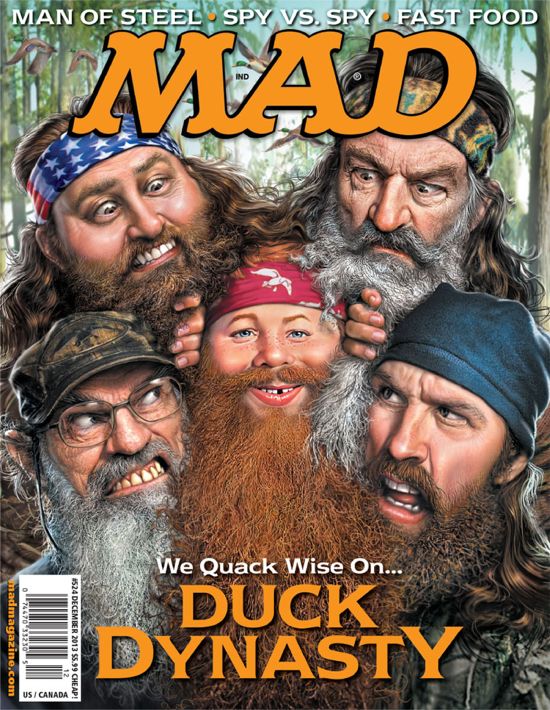 It looks like Duck Dynasty is getting a new cast member. At least on the cover of Mad Magazine, they are. Alfred E. Neuman has grown a beard and taken his place amongst the cast of the A&E reality TV show, Duck Dynasty. Mad Magazine #524 devotes the cover to the Duck Dynasty crew. Inside the issue is a parody of Man of Steel, articles about Obamacare, fast food secret menus, and a 2014 Dave Berg calendar. Mad Magazine #524 will be available on newsstands on October 22, 2013.