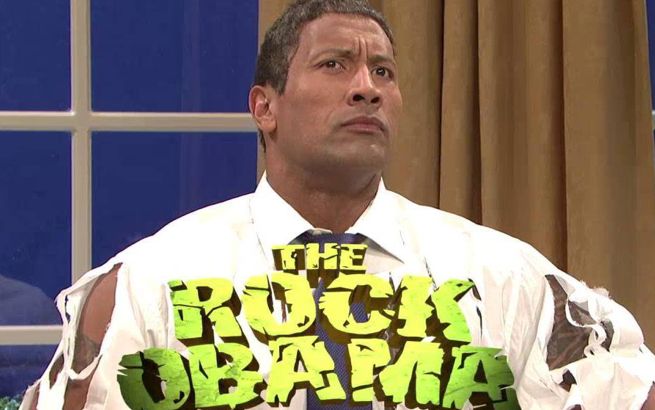 While hosting Saturday Night Live, Dwayne “The Rock” Johnson had a couple comic book references in his sketches. In the opening sketch, Dwayne Johnson played President Barack Obama. Much like Bruce Banner in Marvel Comics, Johnson’s version of Obama is not someone that you want to make angry.

When Johnson’s version of Obama gets angry, he turns into The Rock Obama, who is very similar to The Incredible Hulk. But The Rock Obama wasn’t the only super-powered person in the sketch, First Lady Michelle Obama transformed into She-Rock.

During his opening monologue, Dwayne “The Rock” Johnson sang a song about how he was Franchise Viagra. During part of the song, The Rock sang about playing Bane in the Batman franchise, adding “I’ll even play Bruce Wayne. You know what, Hell, I’ll even play Michael Caine.”