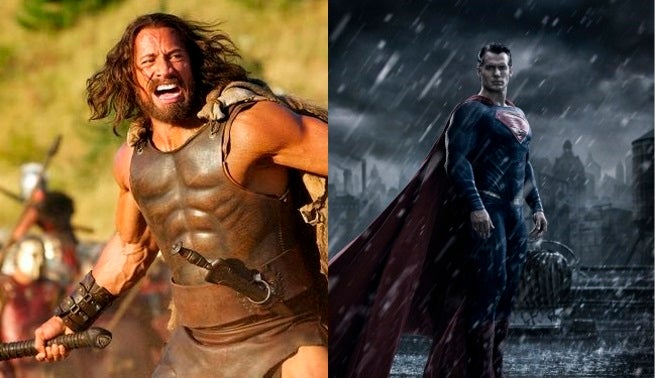 It seems that Dwayne Johnson will soon be joining the ranks of DC Entertainment superheroes, but in the meantime he’s playing the lead role in the new Hercules film, directed by Brett Ratner.

In an interview with Digital Spy, Johnson drew some comparisons between the two worlds, calling the Greek demigod the “first superhero,” a title usually reserved for Superman. Following up on that, Johnson was asked the question of who would win in a fight between Hercules and Superman, specifically Johnson’s Hercules and Henry Cavill’s Superman.

“I would take my club, and I would knock Superman into next week,” Johnson answered,” and then I would whoop his ass for leaving. That’s what I would do.”

Johnson may get the chance to do just that, as he says his DC Entertainment character “has the power of Superman.”