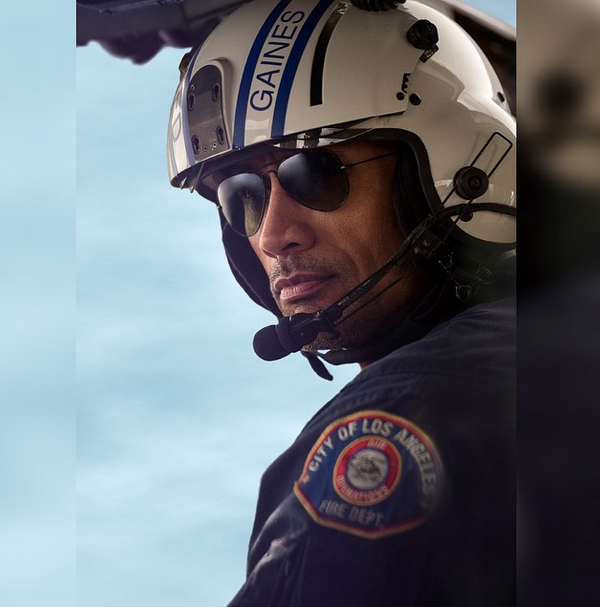 Posting a picture of himself in costume as Ray Gaines, Johnson thanked everyone who helped him prepare for the role while calling Los Angeles' fire department and search and rescue teams “Real heroes.” The picture, according to Johnson, was from the last scene he shot.

Shot very last scene of #SanAndreas Been a true honor playing this man - when we all run for safety away from disasters.... these guys fly directly into it. "Chief Pilot Ray Gaines" of the LAFD Search & Rescue. #Integrity #Guts #WeDontStop #SanAndreas #WhereWillYouBe Coming May 29th. (And THANK YOU to the pilots and LAFD boys who helped me with all my research. Real heroes).

Johnson plays Ray Gaines in San Andreas, a Los Angeles-based rescue helicopter pilot who must rescue his estranged daughter after a devastating Earthquake rocks the state of California. Directed by Brad Peyton, the film also stars Carla Gugino (Watchmen), Colton Haynes (Arrow), and Paul Giamatti. You can check out the trailer below.

San Andreas hits theaters on May 29.