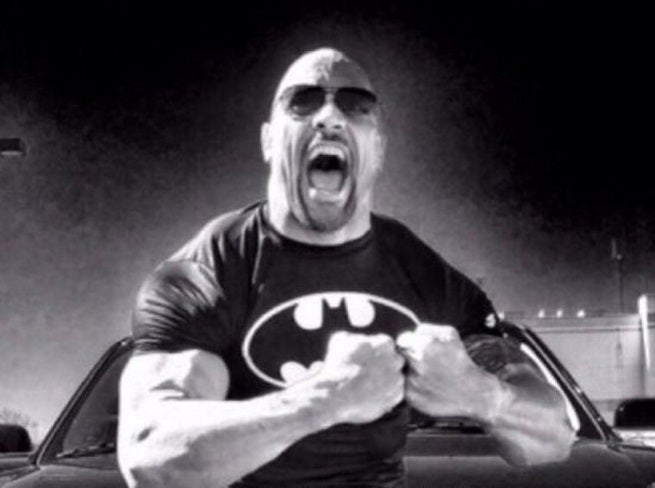 Dwayne Johnson has confirmed that he will be playing a DC Entertainment superhero in an upcoming film, but has yet to confirm exactly which character that is (though he has hinted pretty heavily). Fans may be wondering what the holdup is.

Johnson stopped by the Today show to do an interview for Hercules and explained that they’re still in the process of finding a writer.

“It is going to happen,” Johnson said. “I’ve been dying to announce it, by the way, but we still have to find the right writer, we’re hearing two or three takes right now, but I’m very, very excited about it. I’ve been waiting a long time for this, and so have the fans, by the way.”

While it’s been largely assumed, this would seem to confirm that Johnson’s character will debut in a standalone film, rather than appearing first in Batman v. Superman: Dawn of Justice or Justice League.