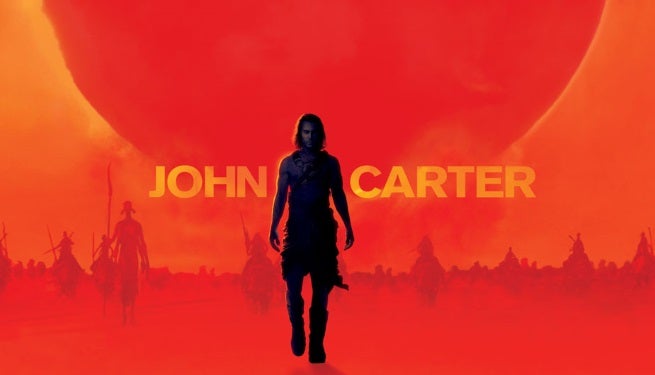 Walt Disney Studios has lost the film rights to the John Carter series of science fiction adventure novels, relinquishing them to Edgar Rice Burroughs, Inc., the company named for and founded by the series’ creator.

Disney released John Carter, based on A Princess of Mars and with Taylor Kitsch in the lead, in 2012, with hopes of turning Burroughs’s Barsoom series, of which A Princess of Mars is the first installment, into a new blockbuster film franchise. That didn’t work out so well. John Carter was found to be a disappointment by most critics, and brought in just over $284 million at the box office worldwide. With a $250 million budget, the film only made $34 million, which wasn’t enough to convince Disney to invest in a sequel.

That doesn’t necessarily meant that John Carter, the character, won’t return to the big screen. According to Entertainment Weekly, Edgar Rice Burroughs, Inc. announced earlier this week that it “will be seeking a new partner to help develop new adventures on film as chronicled in the eleven Mars novels Burroughs wrote.”

Whether or not future installments will completely reboot the series or build off of John Carter remains to be seen. Meanwhile, Carter’s adventures can be seen in comic book form through Edgar Rice Burroughs, Inc.’s partnership with Dynamite Entertainment, who will publisher John Carter: Warlord of Mars,from writer Ron Marz and artist Abhishek Malsuni, beginning in November.