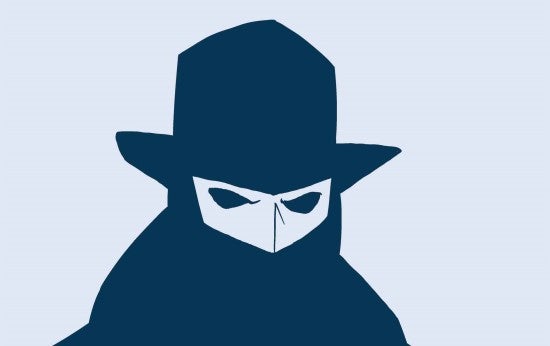 It's been a week since the release of the latest issue of Edison Rex, Chris Roberson and Dennis Culver's Monkeybrain Comics series that doesn't let the fact that it never actually physically appears on the stands prevent it from being arguably the most entertaining superhero book on the (metaphorical) stands.

As usual, Roberson and Culver joined us for a discussion of the issue--which deals with time travel, Citizen Kane and a lot of the trappings of pulp novels and Golden Age comics.

You can buy a copy at ComiXology here. 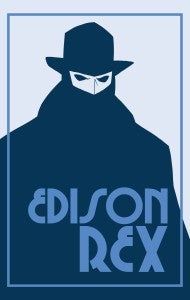 ComicBook.com: News on the March! Did you get that from Citizen Kane or Cradle Will Rock?

Chris Roberson: That is only the first of several nods in the direction of Citizen Kane in this issue, actually.

Dennis Culver: Our self imposed rule for naming superheroes after comics publishers extends beyond just the defunct ones. Valiant as well as Mr. Dynamite and Bongo from The Great Apes come to mind.

ComicBook.com: Who are the Gibson and Dent who lend this intersection its name? If I had to guess, I'd chalk it up to Harvey Dent...

Roberson: A bit farther back than that, actually. Walter Gibson was the principle writer of The Shadow pulp novels, and Lester Dent was the man behind Doc Savage.

ComicBook.com: Any connection between this Fox and the Fox that's currently appearing in an Archie Comics title? Sometimes I lose track of who's fallen into public domain and not.

Roberson: Completely unrelated. The Red Circle Fox is still owned by Archie, and this character first appears in this issue. Just a coincidence. 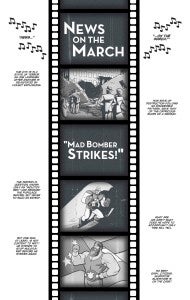 Culver: Her name also fits with our naming convention.

ComicBook.com: I'm a sucker for a time-travel story, so I loved this as it developed. What was the appeal of sending Edison back as someone else, rather than letting him interact with his mentor?

Roberson: It was a gag that Dennis suggested way back when we were putting together issue 7. The “Gladiator Gladstone” comic that was in the backmatter for that issue was a fictionalized account of the events of this issue. And there are a couple of Easter eggs in the “letters column” that ran alongside it, if anyone wants to comb through it looking for references.

Culver: Rex disguises himself to keep from damaging the timeline too much and I think Rex pretending to be a supervillain in order to save the day is a nice touh of irony!

Roberson: We haven’t seen the last of Rosemary Time.

Culver: Or the beginning.

ComicBook.com: I love how much M'alizz looks like she's enjoying that comic. Well done, Dennis! 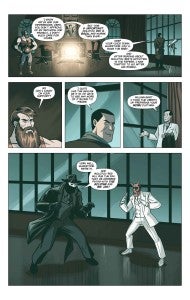 Culver: Thanks! We previewed some of the book she's reading in issue 7 and in my mind it's some version of the story told in 11 (probably omitting all the time travel)

ComicBook.com: That time machine has an appearance that's a bit similar to the chamber that Valiant was vaporized in, back in the first issue. Is that something we should be taking into account here or just me thinking all big metal things look alike?

Roberson: I’m sure I have no idea what you’re talking about…

Culver: It's the Time Booth totally different from the Death Booth.

ComicBook.com: I love the flux capacitor in this one, though. That's the second Back to the Future reference I've caught in a comic this week! (The other was in Archer & Armstrong)

ComicBook.com: Is it fair to say there's still a danger the future has been changed? I mean, when Edison is in the past, even if his tools say things are alright...

Culver: Even if something's changed we'd have no idea! 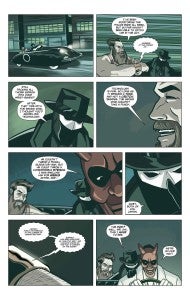 ComicBook.com: That was an awful ominous farewell from Edison.

ComicBook.com: And in the Rex Files, we get another Citizen Kane reference. Were there some more in the issue that I may have missed?

Roberson: Had Citizen Kane been a comic and not a film, I wonder if young Charles wouldn’t have taken up crimefighting as a sled-themed hero instead of just running a newspaper for fun…?

Culver: Look out, crime, it's all downhill from here!

ComicBook.com: Let me tell you: outside of Savage Dragon, I don't see many monthly superhero comics that go out of their way to have fun and experiment with the characters and the format as much as this one does. Given how many books you're doing right now, Chris, is part of that just keeping you interested?

Roberson: That’s a big part of it, certainly. I don’t want to get stale and repetitive, and so I try to approach each project with a different “tool box,” as it were. But a LOT of that is just the nature of the collaboration that Dennis and I have, which lends itself to us improving each other’s ideas back and forth.

ComicBook.com: What's your favorite of the character designs Dennis has done over the course of these first couple of arcs? There are some really neat ones, and reading back through the issues this month for fun has reminded me how many!

Roberson: I adore the third Eclipse’s design. She’s probably my favorite, so far. 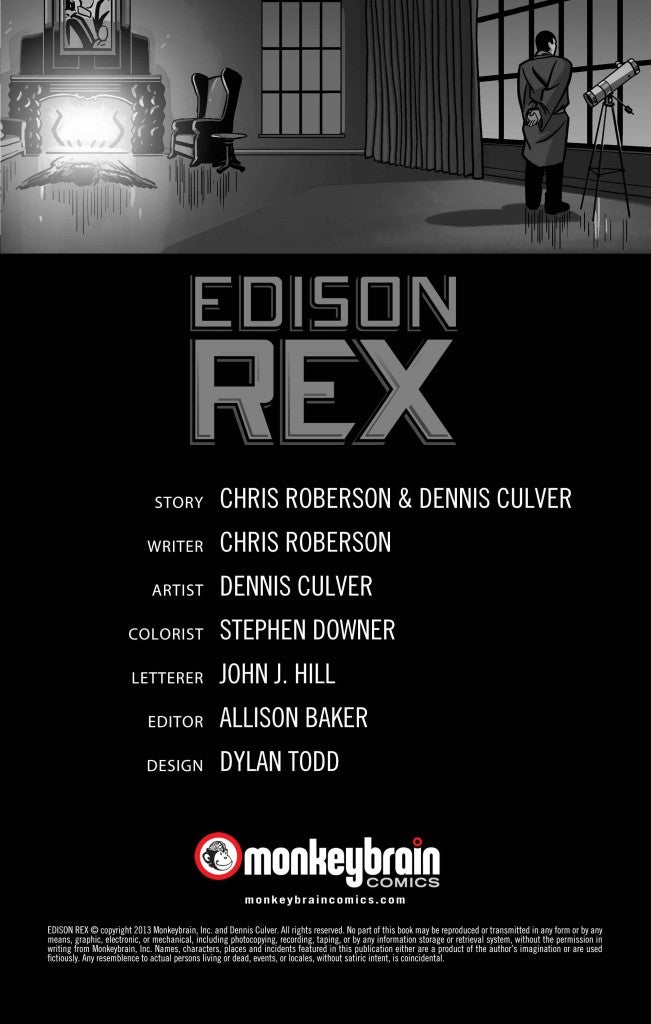