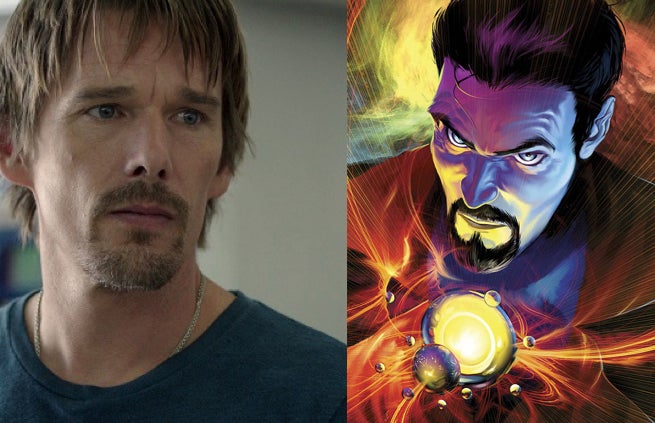 Back when Dr. Strange casting rumors had Hollywood spellbound late last year, one of the many rumored contenders for the starring role was Hollywood veteran Ethan Hawke.

Now that Marvel has officially given the role to Benedict Cumberbatch, Hawke recently revealed how close he was to nabbing the part. While he never admits to meeting with Marvel Studios, he strongly suggests it in a new Happy Sad Confused podcast. In the interview, Hawke said that he had a "sneaking suspicion" that director Scott Derrickson wanted him for the part, but, perhaps Marvel studios thought differently.

However, Hawke seems a hesitant to enter the Marvel machine these days, noting the tremendous commitments involved with signing on with the studio.

But, Hawke further noted that "We're living in an age of Marvel," and thus wouldn't completely dismiss the idea of working on a future Marvel project.

"They're making movies at a high rate, and they're making them successfully," he said. "I'm totally open to doing something like that."