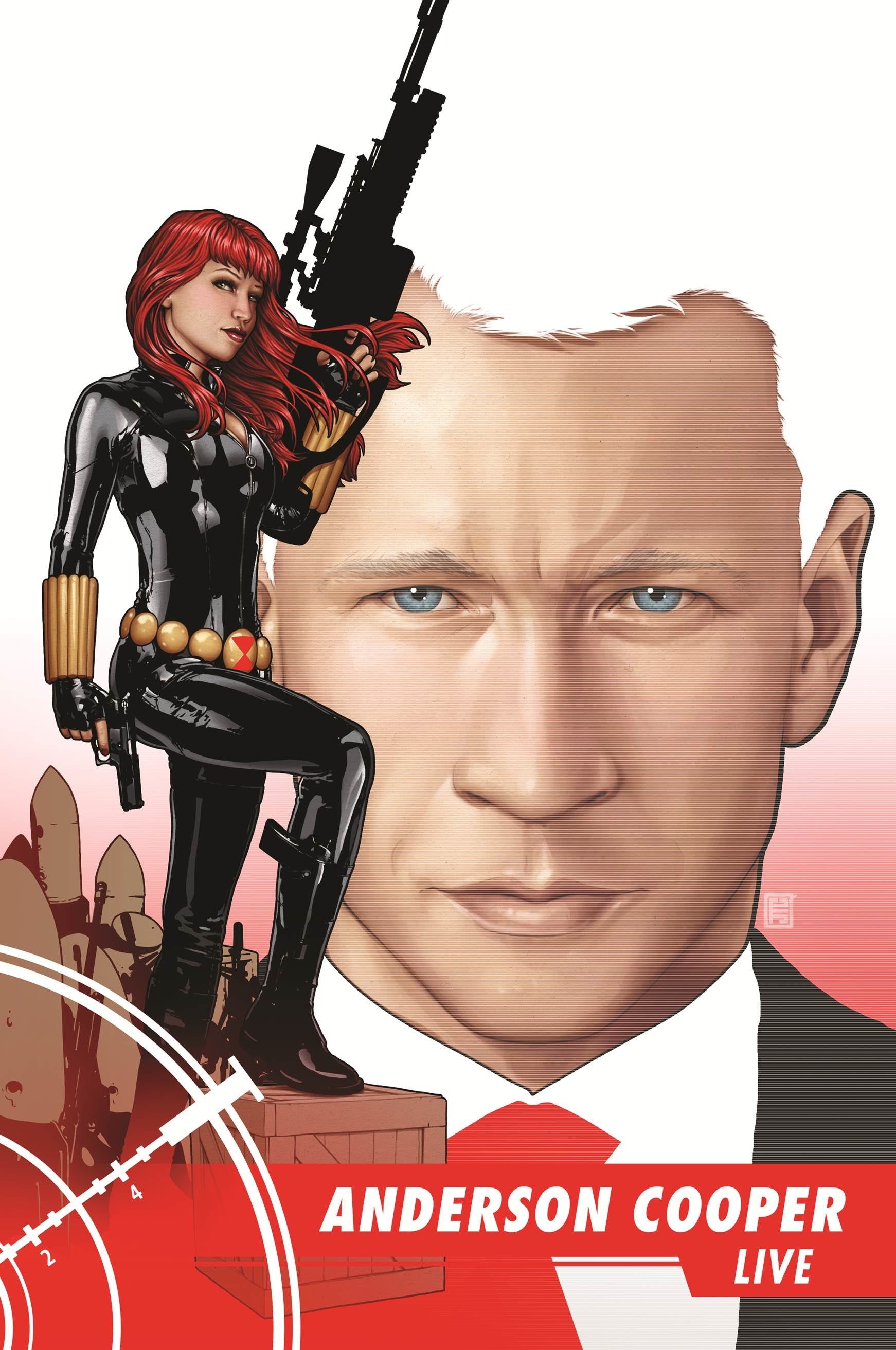 Black Widow is about to collide with the real world in a big way.

Like, Anderson Cooper big. To commemorate the famed journalist and news anchor's appearance in Black Widow #12, Marvel has released a special variant cover by John Tyler Christopher. In Comicbook.com's first look at the cover, Anderson's presence looms over Natasha Romanov in dramatic fashion.

"Black Widow #12" kicks off a new storyline where Cooper exposes Natasha's illicit activities when she's not with the Avengers. With the world shining a spotlight on the Black Widow for the first time, where can she run to?