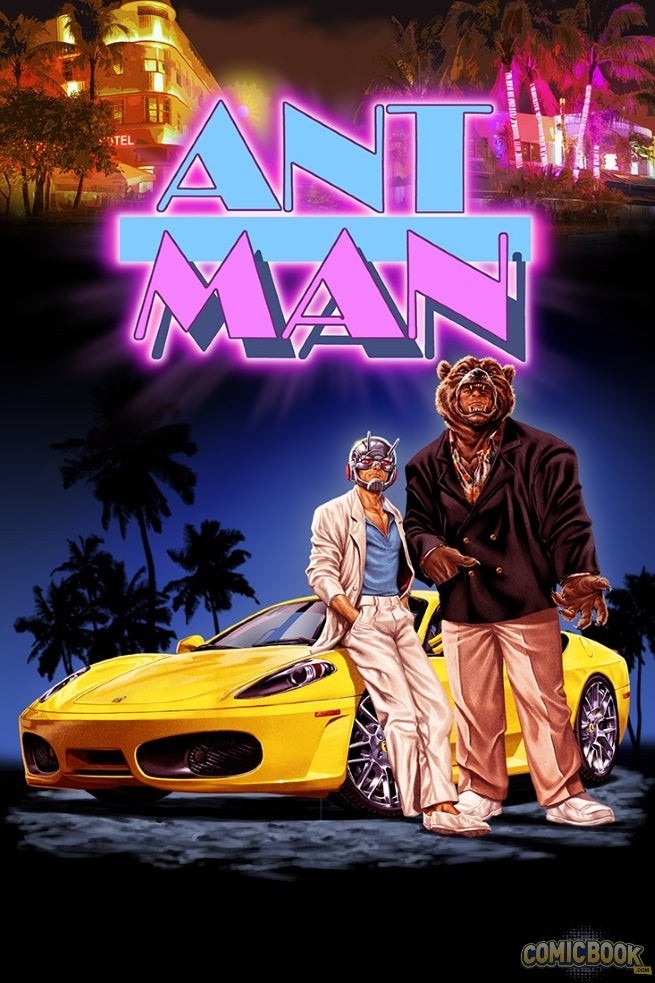 Marvel Comics has provided ComicBook.com with an exclusive first look at Mark Brooks’s cover for Ant-Man #4.

We know from speaking to writer Nick Spencer and Editor-in-Chief Axel Alonso that Scott Lang will be relocating to Miami for his new solo series. This cover certainly seems to be evocative of the city’s image, and inspired by the popular ‘80s television series Miami Vice.

Ant-Man is written by Spencer and drawn by Ramon Rosanas. The series sees Scott Lang get a second chance at fatherhood when his daughter, Cassie, returns from the dead. Now working for Tony Stark, Ant-Man will have to balance his superhero life with the life of a single dad.

The series launches in January. Ant-Man #4 should ship in April, just a few months ahead of the Ant-Man movie in July.