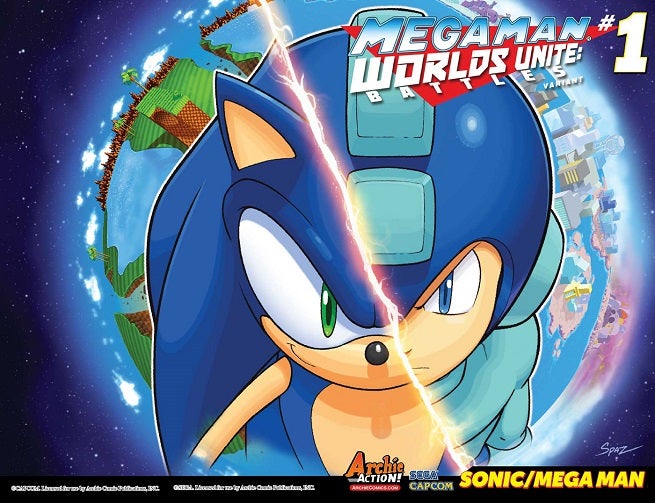 Archie Comics will release a pair of Worlds Unite Battle Books, featuring new talent putting their spin on the adventures of Sonic The Hedgehog and Mega Man through the lens of Worlds Unite, the upcoming crossover event, in June, ComicBook.com has learned.

With the launch of the titles, they've also promoted longtime Assistant Editor Vincent Lovallo as the lead editor for the Sonic and Mega Man titles.

We've got an exclusive first look at the solicitations for the Mega Man: Worlds Unite Battle Book #1 (you can see the rest of the Archie Action solicitations for June here), as well as a brief conversation with Lovallo about just what it means to him to be stepping up to take over this beloved corner of Archie's publishing empire.

You can see the solicitation text at bottom and the covers throughout the story. 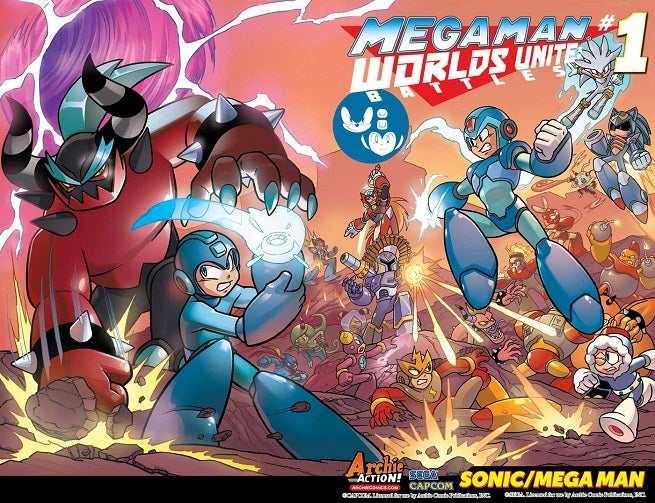 So you're making the jump into this position at the same time that all eyes are on the Sonic and Mega Man books. Is that a lot of pressure?

While it's definitely a whole new kind of challenge for me, I've been working on both the Sonic and Mega Man comic series' for the past four years as assistant editor, so I've had a hand in tackling a good portion of the main editorial work.

Previous Archie Action editor, Paul Kaminski has been a huge help during this transition and has been instrumental in my development here at Archie. I can't thank him enough. Everything I've ever known about editorial I've learned from Paul. It's all about managing my time and making sure all of the pieces are in place. The upcoming "Worlds Unite" crossover has a lot of moving pieces, but we have an extremely talented team working on it and I know I can depend on them. I'm very fortunate to be a part of such a great group of people.

Do you have a plan for maintaining the momentum that the books have right now?

We're always planning ahead. Sonic and Mega Man series writer Ian Flynn and I have discussed where we'd like to go after "Worlds Unite" and beyond. There are lots of loose ends that still need to be tied up, specifically in the Sonic books with the "Shattered World Crisis" storyline. I can't give too much away, but I will say that there is still a lot of ground to cover for both characters. In some respects, we've only scratched the surface of these worlds.

What's the biggest difference between the Mega Man and Sonic Battle Books and what's going on in the main title?

The battle books are connected to the main "Worlds Unite" storyline, but tell the story from a completely different perspective. During the story, we tend to follow the adventure through a select few characters. The battle books allow us to hone in on the action that other major characters are experiencing. Basically, if a character runs off panel in one issue and doesn't return for another issue or two, the battle book gives us the opportunity to follow that character and see what he/she was doing that whole time. There are little adventures happening all over the place and the battle books allow us to give characters that otherwise wouldn't get much screen time the recognition they deserve. 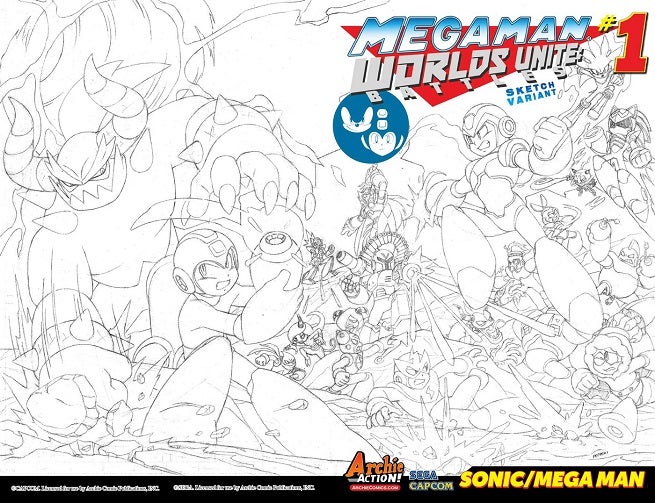 Will it be the same creative team as the main book or is it new faces?

It switches up for sure. There are some returning Sonic and Mega Man comic veterans like super scribes Ian Flynn, Aleah Baker and penciller extraordinaire Jamal Peppers working on the books but there are also some artists that will be tackling writing for the first time like cover artist, T. Rex, Mega Man penciller Ryan Jampole and newcomer to Sonic and Mega Man comics, Joel Enos. We're excited to see what everyone brings to these books and hope the fans dig it too!

Obviously Worlds Unite Battles is kind of the ideal place to try this out. Was it a case where the Battle Books were already a thing you guys were thinking about and this was just a good time to try it, or did it come as a result of thinking about Worlds Unite and what that could be?

It was more of a result of "Worlds Unite" than anything else. There are so many heroes and villains duking it out in this crossover, the main books can hardly contain it! The Battle Books are the best solution to make sure that we can include the characters that fans want to see. Especially with the inclusion of the other Sega and Capcom properties in the main books, like Street Fighter and Skies of Arcadia, this was the perfect time to try this out and expand on the stories.

ALL-NEW DIRECT MARKET-EXCLUSIVE special! There are so many epic battles in the SONIC/MEGA MAN crossover event that the biggest brawls of the bunch have exploded into their very own book! This extra-special bonus issue features exciting duels spilling over from the pages of the much-talked about "Worlds Unite" event, and feature an all-star cast of creators! Watch Mega Man bring the ruckus to the Deadly Six, the Maverick Hunters ultimate showdown with Vile and Dr. Light's Robot Masters tussle with the unstoppable power of hero-turned-uber-villain Sonic Man! LET'S GET READY TO RUMBLE! Also featuring variant art from Patrick "SPAZ" Spaziante, and a special wrap-around cover and sketch variant by Sonic and Mega Man superstars Evan Stanley & Jamal Peppers!