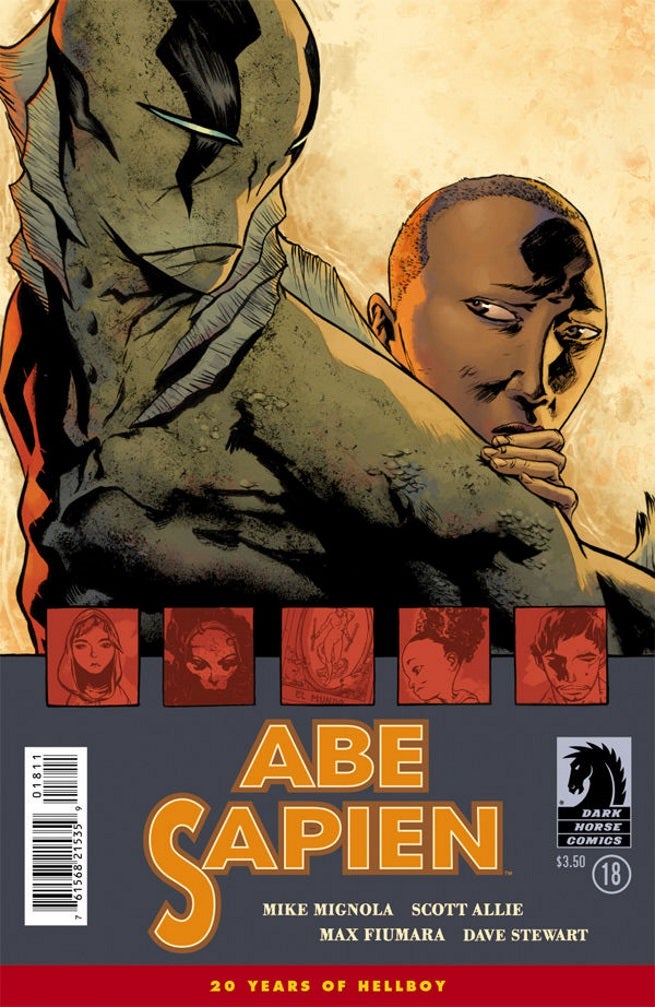 The issue begins a pivotal five-part story, which sees Abe doing some soul searching after the events that transpired in Arizona.

"Ever since Hellboy died and Abe Sapien quit the B.P.R.D., he's been hiding from the idea that he's one of the bad monsters," says Allie, "But you can only run from your destiny for so long...."

Here's the official solicitation from Dark Horse Comics. Check out the preview in the gallery below. Abe Sapien #18 goes on sale today.

Having joined a Santa Muerte cult, Abe settles into a small Gulf town with hidden ties to the zombie massacre he failed to stop in Arizona. With more lives depending on him than ever, will he fail again?

"You'd be a fool to miss out on Abe Sapien: Fine comics indeed."—Bloody Disgusting

"Abe Sapien is another strong monthly dose of horror, and now's a great time to find out for yourself."—Comic Book Resources