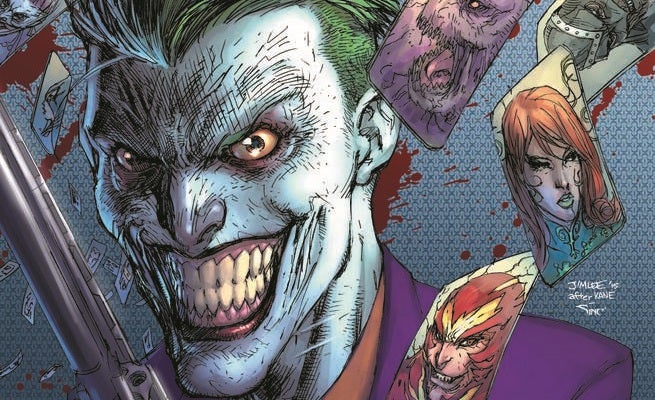 ComicBook.com has been given some EXCLUSIVE DC Comics' variant covers featuring the Joker.

Hot off of the big Batman: Endgame storyline, Joker-themed covers will be available across DC Comics' publishing line. In the gallery below, you'll see several of these variants covers, including the Joker variants for Batman #41, Grayson #9, Sinestro #12, New Suicide Squad #9, and Wonder Wonder Woman #41.

A full list of titles receiving Joker variant covers, and their artists, follows. Be sure to check the first batch revealed in the gallery at the bottom of the page. All covers ship out in June 2015.