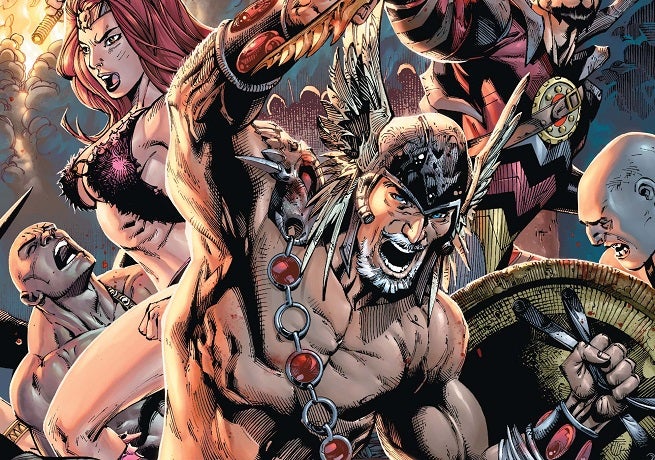 DC Comics has released a preview of Convergence #4, due out on Wednesday from writer Jeff King and artists Stephen Segovia and Jason Paz.

The issue brings Earth-2's heroes to the heart of Telos, where they encounter Skartaris, home to Travis Morgan, The Warlord.

Inside Skartaris, the heroes of Earth-2 must face the only man who can stop them from finding the missing Time Travelers – but why would Travis Morgan, aka The Warlord, want to kill them?
Meanwhile, Telos takes the captive Dick Grayson to several of the battling cities to prove the futility of challenging him. And whatever you do, do not miss the final page, as the surprising return of an unexpected villain could crush all hope for salvation and seal the doom of everyone on the planet!