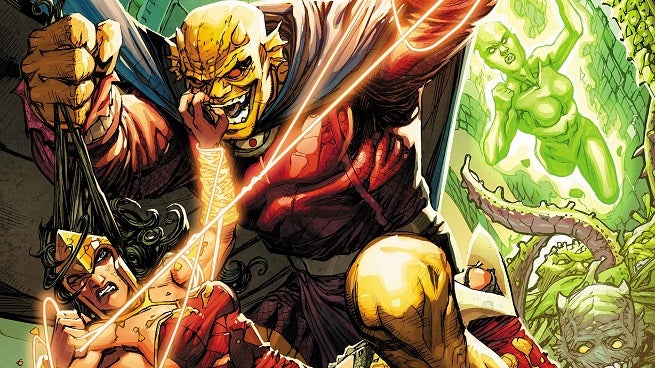 DC Comics has provided ComicBook.com with an exclusive preview of next week's Justice League 3000 #1, from writers J.M. DeMatteis and Keith Giffen with artist Howard Porter and colors by Hi-Fi.

What happens in it? Well, according to the solicitation text, "Beetle and Booster! Fire and Ice! The Injustice League (no, not that one – this is a different one)! Plus, the stuff that's on the cover! C'mon, people! We're bending over backward here! Pick up this comic before it's too late!"

DeMatteis joined us to talk about the issue, and the post-Convergence future of the series, a bit. 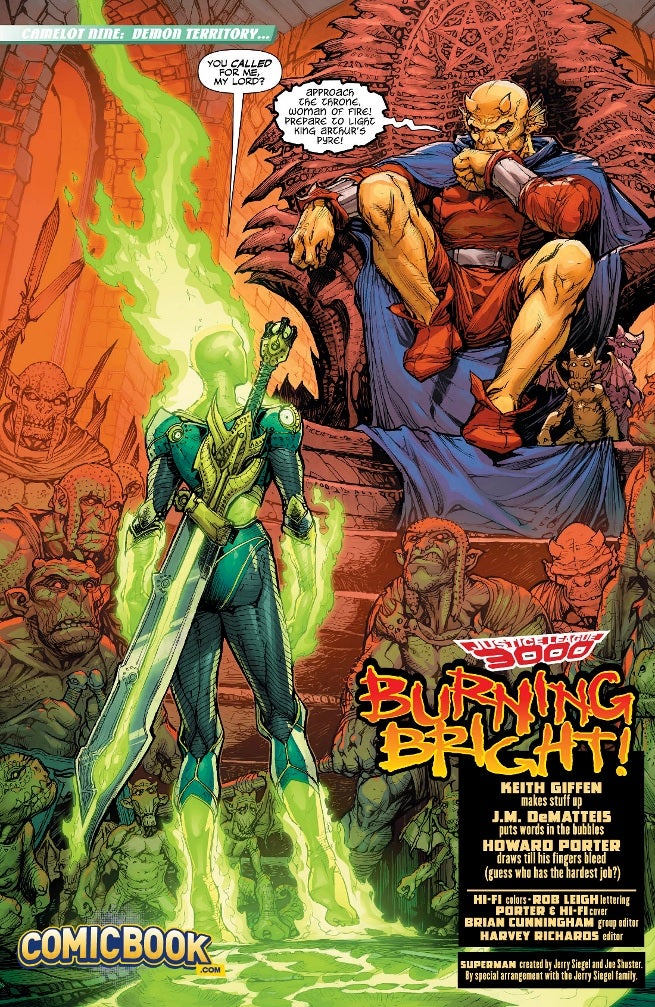 Last issue was pretty large in scope, because it sprawled through time, but it felt pretty intimate. Is it safe to say that the rest of this story arc is moving more in the direction of big and noisy now that Etrigan's role is expanding?

Here's the thing: Once we move on to Justice League 3001, all bets are off. Things you saw coming may not be coming, things you never expected may be front and center. We're blowing things up a little. Well, a lot. (And how's that for a fairly evasive answer?)

Have you known since you introduced Etrigan that Fire would be a part of the storyline?

It wasn't locked in from the very beginning, but once we knew Ice was coming, it was clear Fire couldn't be far behind.

This is one of those issues where the very bright color palette of your heroes is on display, since it's juxtaposed against a very kind of natural world in almost every shot. Was that something you guys talked about with Hi-Fi a lot or was it just circumstance?

You'd have to ask Howard Porter that question. All I'll add is that Hi-Fi has done a spectacular job on this book. They've brought a real cinematic richness to Howard's powerful, and incredibly textured, art. 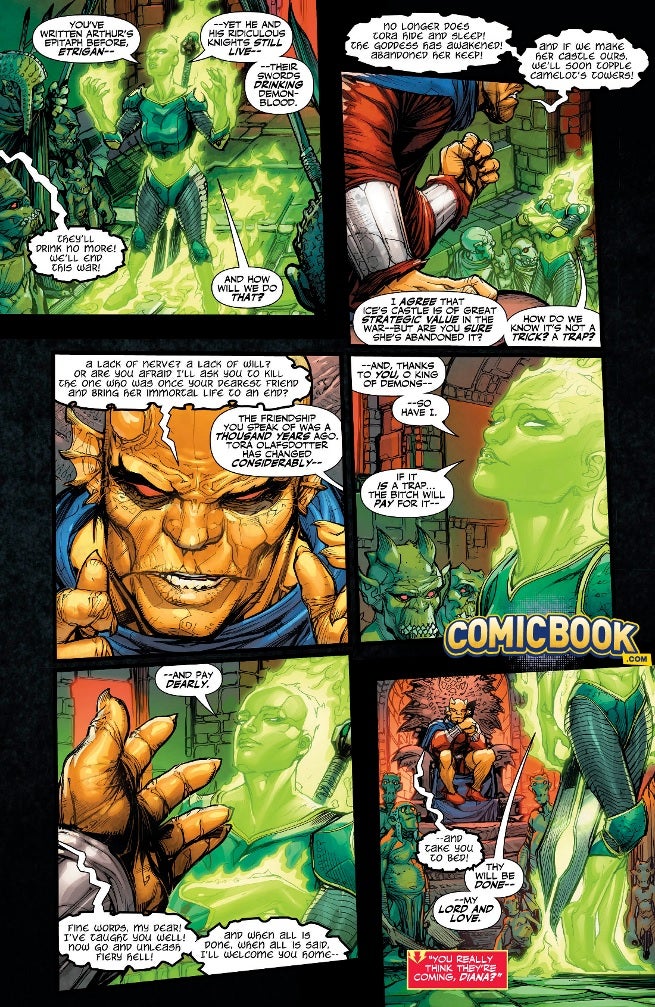 The solicitation text for this issue teases to "read it before it's too late." You guys got a new #1 after Convergence — is there a significant difference to the kind of mischief you'll be getting up to?

Again: expect the unexpected. And also expect the return of another beloved JLI character. (It's going to make people's heads explode — and, no, I can't say why.)

Howard's really expressive in this issue. He's a guy who I would say often gets the rap of an "action" artist. Did you know going in that he was so good with the faces and the talking heads?

Howard started out great and has gotten better and better every issue. He does action, he does incredible detail, he does intimacy and emotion. The guy's amazing.

Okay, so: elevator pitch. What do you say to somebody who's thinkng about reading this issue having never picked up the book before?

Lois Lane, supervillain supreme? If that doesn't get them, nothing will!