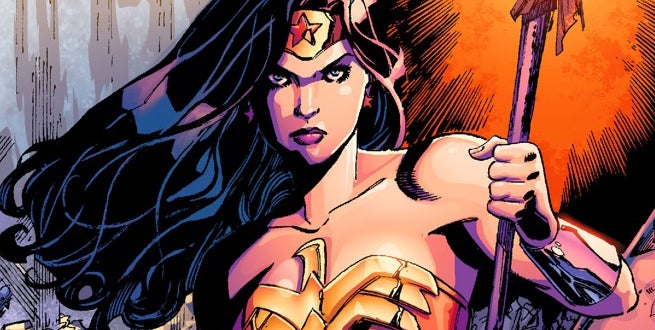 Wonder Woman continues her surge in print, but she's also the star of two ongoing digital-first series right now. In the anthology-style Sensation Comics series, writers and artists known well to DC fans alongside folks new to the publisher, all offer their unique takes on Wonder Woman.

While he's best known as an artist, Aaron Lopresti, who has worked with other tough female characters across both of the "big 2," hits both the keyboard and the artist's table for a single shot Chapter 28 that pits Diana against a dragon. Check out our exclusive preview of the digital issue before it hits virtual shelves tomorrow.

"Casualties of War" part 1 of 1! The dragons of Sostratos were decimated in a battle between Amazons and humans. Now the sole survivor is taking his revenge on Diana!