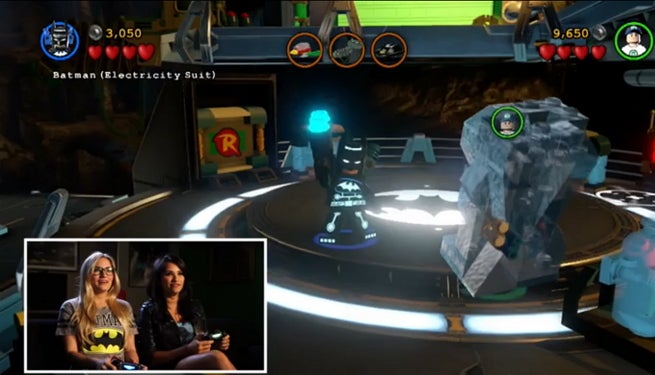 A new episode of DC All Access has been released, and this week's episode features co-host Justine Ezarik, a.k.a. the popular vlogging personality iJustine.

In the episode, Ezarik, along with regular host Tiffany Smith, get a hands on preview of LEGO Batman 3: Beyond Gotham and reveal yet another character playable in the game, Parasite. They also talk about the new DC Comics weekly series, Earth 2: World's End.

We've also got an exclusive outtake of Ezarik and Smith playing through the game, where the two hosts try out all of Batman's new suits, and then get a little carried away with their freeze guns.