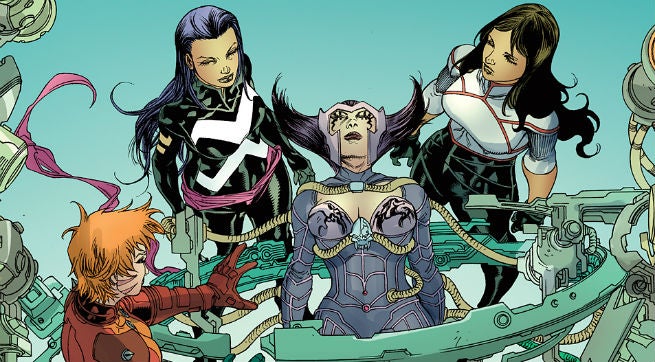 When Marc Guggenheim takes over the "Adjectiveless" X-Men next month, he'll follow in the footsteps of original series writer Brian Wood, for whom the team seemed to have been perfect.

As part of the change, Guggenheim -- who is also a writer and Executive Producer on The CW's Arrow and author of the recently-released thriller Overwatch -- will take the team to space, dramatically pulling the X-Men (and their readers) out of the comfort zone of Upstate New York.

Guggenheim joined us to talk about the series, which will debut on August 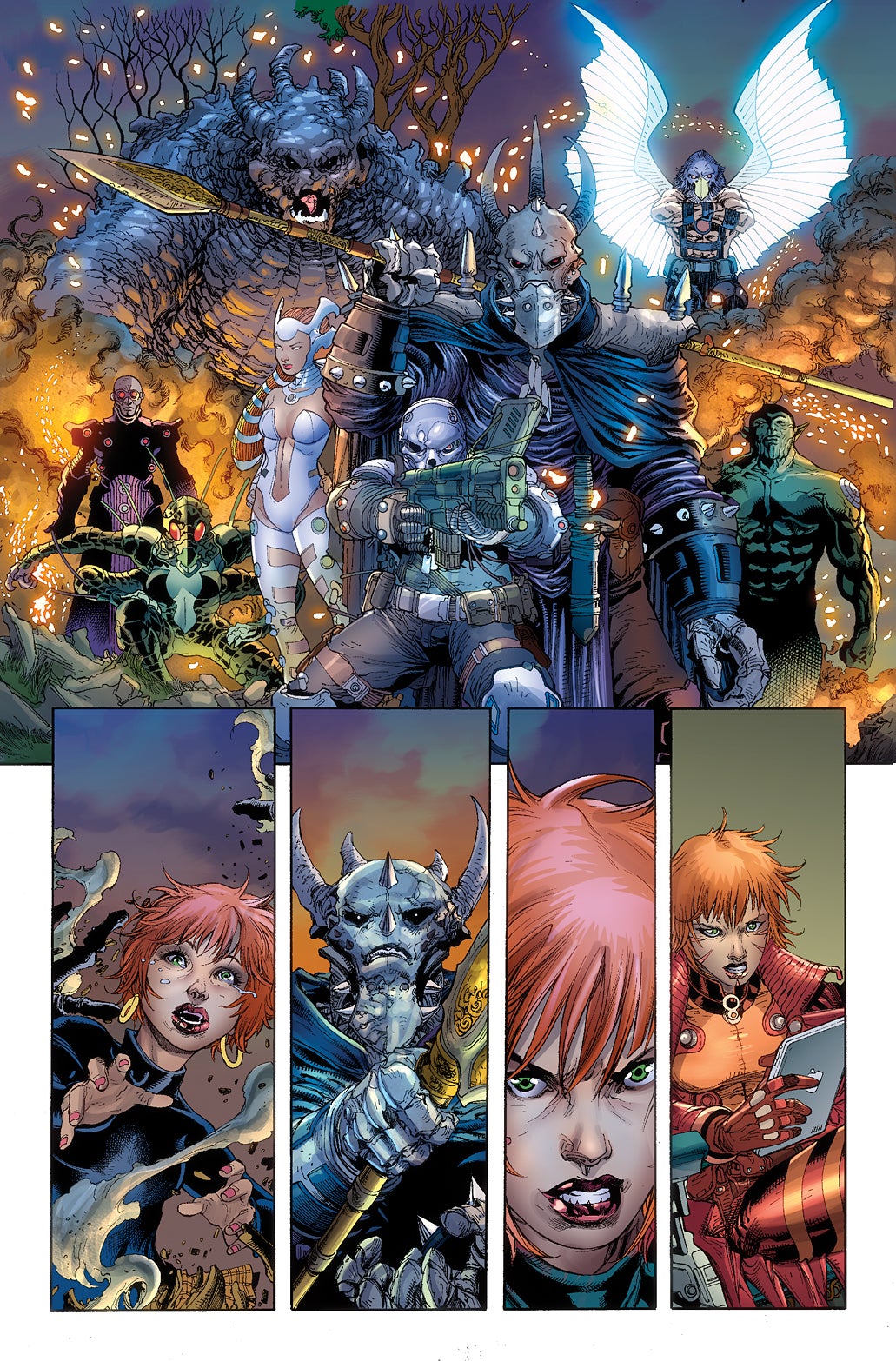 One of the best-reviewed new Marvel titles in a while is Cyclops -- and you're coming on board and saying, "Okay! We're going to space!" Is it nice to have an opening act like Greg Rucka?

Marc Guggenheim: Yeah, there must be something in the water. What sort of got me thinking about the idea of what became this X-Men arc is the old Claremont/Dave Cockrum/Paul Smith "Brood Saga."

I found myself jonesing a bit for a fun, X-Men in space story. You get to see a little bit of the Shi'Ar, a little bit of outer space...there's definitely something in the water that has people thinking about this. Hopefully I'm tapping into some kind of still-in-formation zeitgeist.

I wonder if part of it is that everyone is re-reading Claremont with Days of Future Past in theaters.

Guggenheim: I grew up on all the old Claremont books and they're very near and dear to my heart. They're remarkable pieces of writing and just a remarkable run in terms of working with artists who are just titans and all operating at the height of their powers.

I don't even think you can really point to one aspect of Claremont's run and say that was the best part. There's so many different segments of that hugely long run where you go, "That was incredible. That was a high water mark," and reasonable people can differ on what was the best. I think that's really a testament to how amazing Claremont's writing was. 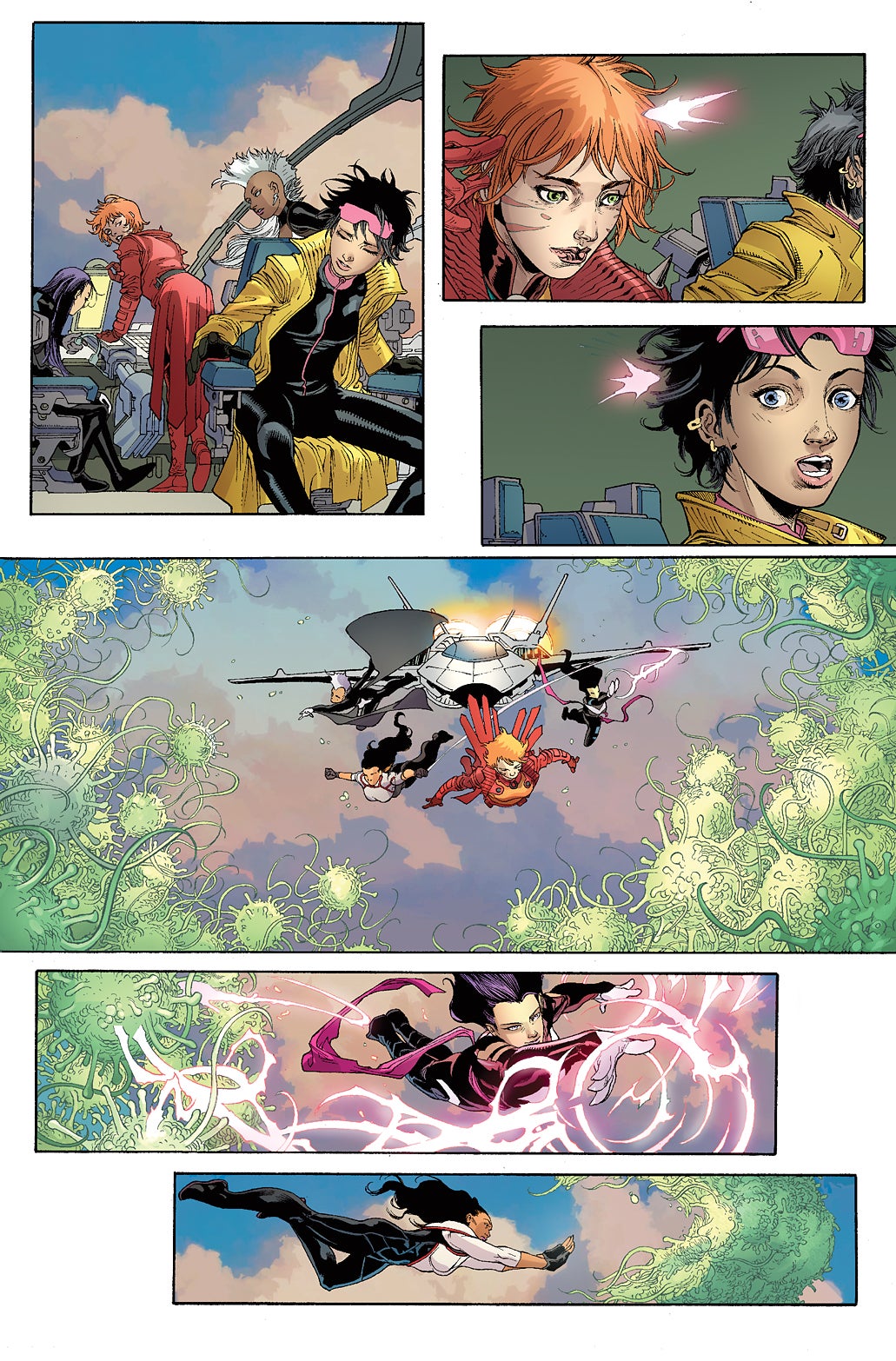 I think it speaks really well of him, too, that it's 25 years later and we're still mining elements of his mythology for things like the Trial of Jean Grey and what-have-you. It's a lot like Geoff Johns expanding on Alan Moore's ideas for something like Blackest Night.

Guggenheim: Completely. It's funny -- I'm a little, as a comic book fan, conflicted about it. On the one hand I love the fact that we're still mining things out of these stories.

At the same time, are we losing our way a little bit in terms of not putting new toys into the toy box and not replenishing our set of ideas?

I feel like both Johns and Bendis are really good at that. When you look at Johns's Green Lantern run, it's just full of that.

Guggenheim: Absolutely. I think it's remarkable what Geoff has done. And Green Lantern is probably the best example of it but that's what he does with all of his books.

I always describe Geoff as the modern-day John Byrne. The way in the '80s, John was able to come onto a book that was considered either too boring or too old or not commercially successful and reach down and find the essence of the idea and the essence of what made that character cool and reinvent it -- I feel that Geoff has that same talent. 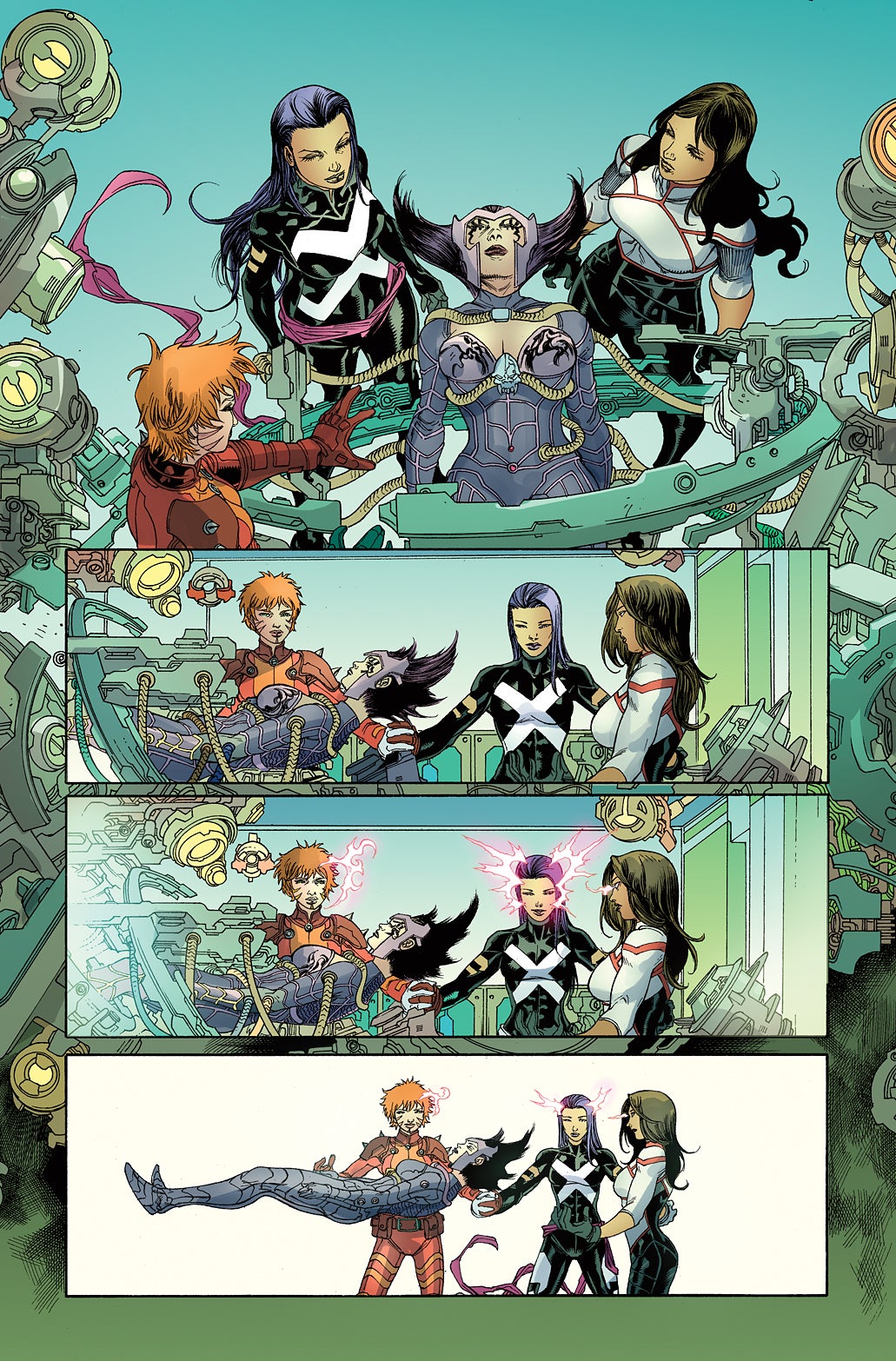 And like Byrne, he has a few where he was there for a long, long time and then a great many where he just came in as a fixer and left.

Guggenheim: Exactly. And by the way, I admire Bendis's long runs on Avengers and Ultimate Spider-Man and Daredevil. The truth is, Bendis is the poster child for nice, long runs on books. I think all the stuff that Bendis did for Daredevil was amazing. Truth be told, he introduced the biggest change to Daredevil's character probably since the inception, which is the notion of the semi-public identity.

Those used to be much more common and I think that now a lot of writers shy away from it because it's difficult to pull off in a world where the are cameras everywhere and people with a suspicion can just take it from semi- to fully public.

Guggenheim: I think that what helps Daredevil is that because he's blind and because the things Daredevil does is so impossible to contemplate if someone is blind, it always gives Matt this plausible deniability that other characters wouldn't be able to take advantage of.

And when you look to Bruce Wayne being a spoiled rich kid and Clark Kent being a bumbling farm boy, it's the same kind of mask that Matt has, but because at the end of it all they're still strong, handsome men without a really obvious flaw they can't fake, I think people look past Matt on the list of suspects where they might not those other characters.

With X-Men, this book rolled out to a ton of fanfare and in no small part because it was such a Brian Wood book. How do you take a book like that and make it yours in such a way that you're not totally reinventing it?

Guggenheim: Well, I tell you, it ain't easy. For a number or reasons, not the least of which is that Brian set a very high bar on the book itself. I guess sort of my approach for better or for worse is that I always try to put all that stuff aside and just write the best story that I can.

I sort of feel like everything else is kind of a distraction and at the end of the day I feel that if I do a good job by writing just a really great X-Men story, that will meet all the challenges. Maybe that's naive but at the end of the day, I'm a big believer in just buckle down and do the work.

That's one of those things that I feel like X-Men offers you some cover for. There are so many characters and such a wide variety of great stories that I feel people self-identify as an X-Men reader or not, and an idea like this has the potential to entice people who don't ordinarily consider themselves X-Men readers.

Guggenheim: Yeah, I think both Cyclops and All-New X-Men prove that the good idea wins out. I pitched the X-office a number of ideas for this arc and they happened to gravitate toward the outer space one the most but with all of the ideas that I pitched them, I was going for a list of criteria that I was trying to meet for myself. It had to be interesting, it had to not retread old territory or old story ideas, it had to provide fodder for something emotional -- there had to be an emotional connection.

Each of the ideas that I pitched had an emotional hook in for each of the different members of the team. I had a Jubilee story, I had a Monet story. In the space story, Rachel is kind of the fulcrum given her history with the Shi'Ar. It was important to me that it not just be bombastic or plot-driven but that there be some character development and character exploration going on in the story as well.

Did you feel pressure to leave the lineup intact because not only did you have the all-female hook but also Brian built it as such a character piece? It felt much less "plotty" than most comics on the stands right now and that's really refreshing.

Guggenheim: You know, I didn't feel an overwhelming desire to change it up, to be honest. In terms of female X-Men, the only one that I'm desperate to write and haven't had a chance to write is Kitty Pryde. Which is not to say that I don't find the other X-Men interesting but I like all the ones that are on Brian's lineup.

It's like, if it's not broke, don't fix it. I'm a big fan of Rachel and Monet and Psylocke and Jubilee. These are characters I love -- and Storm, who I've been reading, I feel like, my whole life. I didn't see any need to swap anyone out. I did add, from my run, Cecilia Reyes. For two reasons: I had a story need of her medical expertise, but also I do happen to really love that character. I think my impulses were additive rather than subtractive.

I have to say, I’ve done other interviews and much has been made of the all-female X-Men team and what I kind of love about Brian's idea of an all-female X-Men team is that the X-Men have grown over the decades to be such a diverse and deep bench in terms of characters, you basically just have a team of really great X-Men characters a lo! and behold they all happen to be women. There again I think you have to give a lot of credit to Chris Claremont who I want to kind of call the first feminist writer in comics. He really set the bar and set the tone with all of these really strong, female characters.

Is that a little unique to the X-Men? Once you get past Canary, Fire, Ice and Wonder Woman, do you think you could do this with JLA?

Guggenheim: I get what you're saying, but truth be told, I'd love to see a book where it was Gypsy and Fire and Ice and Black Canary and Wonder Woman. I'd buy that book -- Vixen! I think that would be kind of cool. You could even throw in Supergirl there if you were so inclined.

But I think for me, the key is, how do you do it in a way that isn't a gimmick? What I loved about Brian's run since the first issue is the fact that it never felt like a gimmick.

And it's easy in these books to have the premise stated in dialogue by some guy being a jerk about it, and Brian has not really made much in story of the fact that it's a female team. I don't get that feeling that we're being reminded of it.

Guggenheim: Yeah, that's exactly right and I think that's the great fun of Brian's idea. It is just a group of X-Men doing their thing. They even sort of addressed the fact in dialogue that this is sort of an ad hoc team and arranged in an ad hoc way and then it became sort of formalized over the course of Brian's run.

I think the ad hoc of it all was that these were just people who had a friendship -- who had a relationship together. And I think that you're right that Brian's run is so relationship and character driven -- much more so than is typical of most comics these days -- and I think that's one of his strengths.