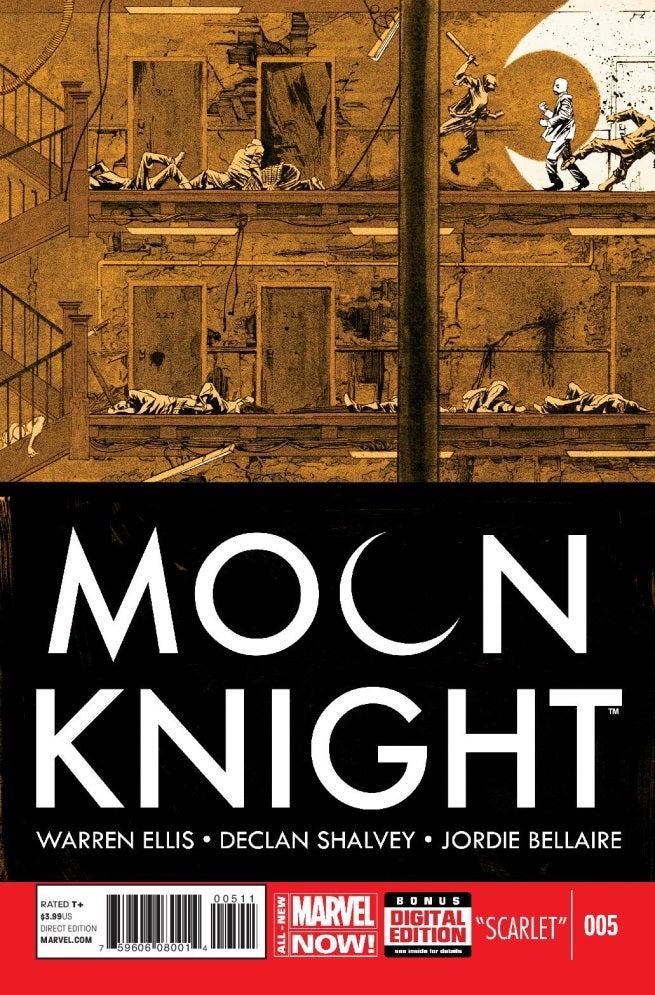 Marvel Comics has provided us with an exclusive preview of next week's Moon Knight #5.

In a premise that sounds somewhat inspired by The Raid, writer Warren Ellis and artist Declan Shalvey – in the penultimate issue of their run – send Moon Knight on a hostage rescue mission into an abandoned New York City hotel full of mobsters. 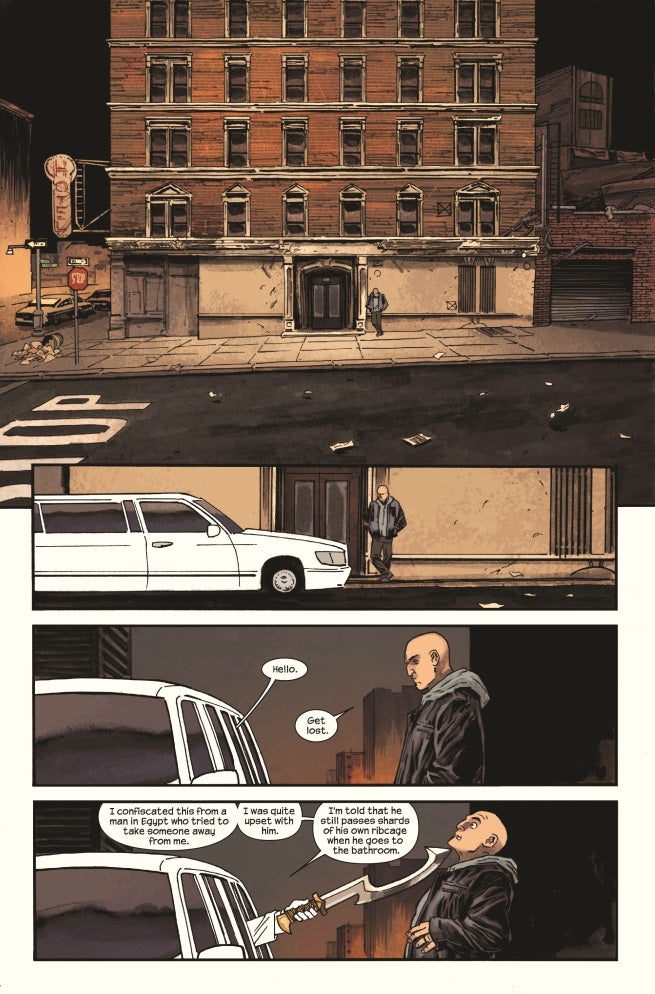 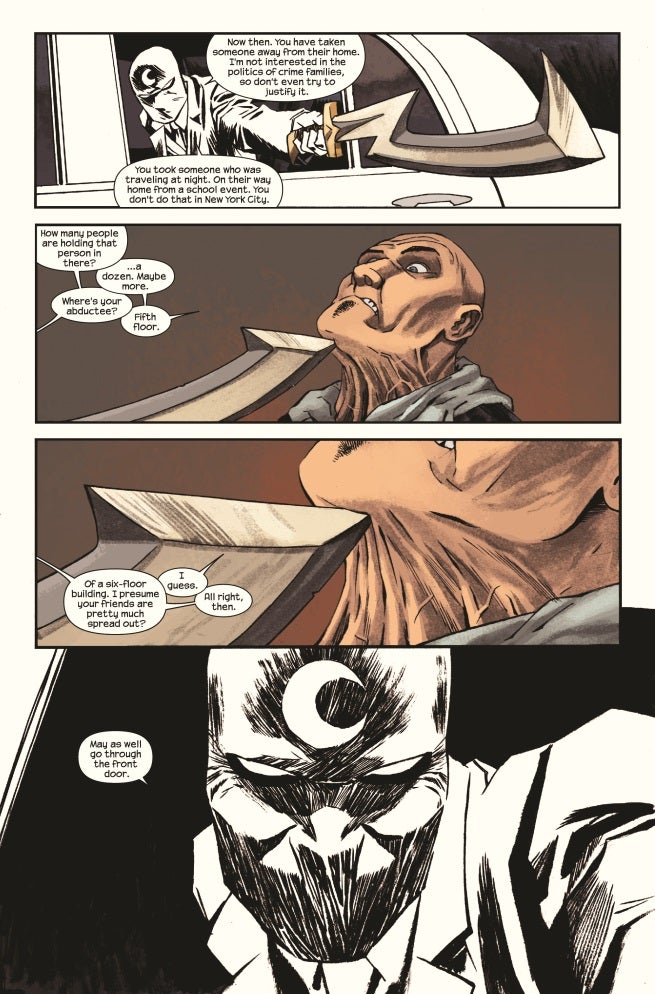 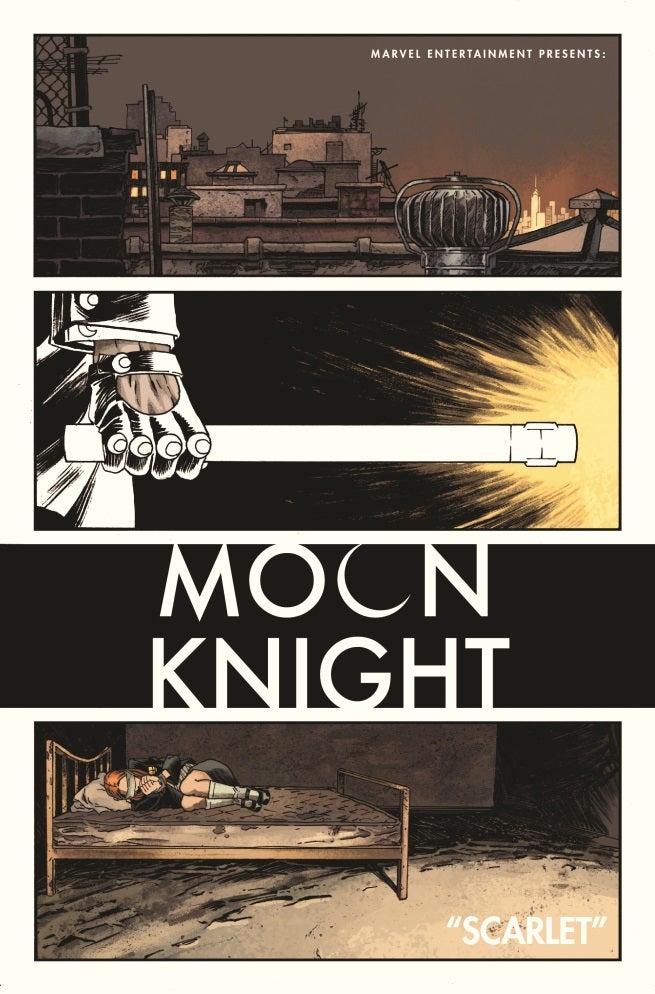 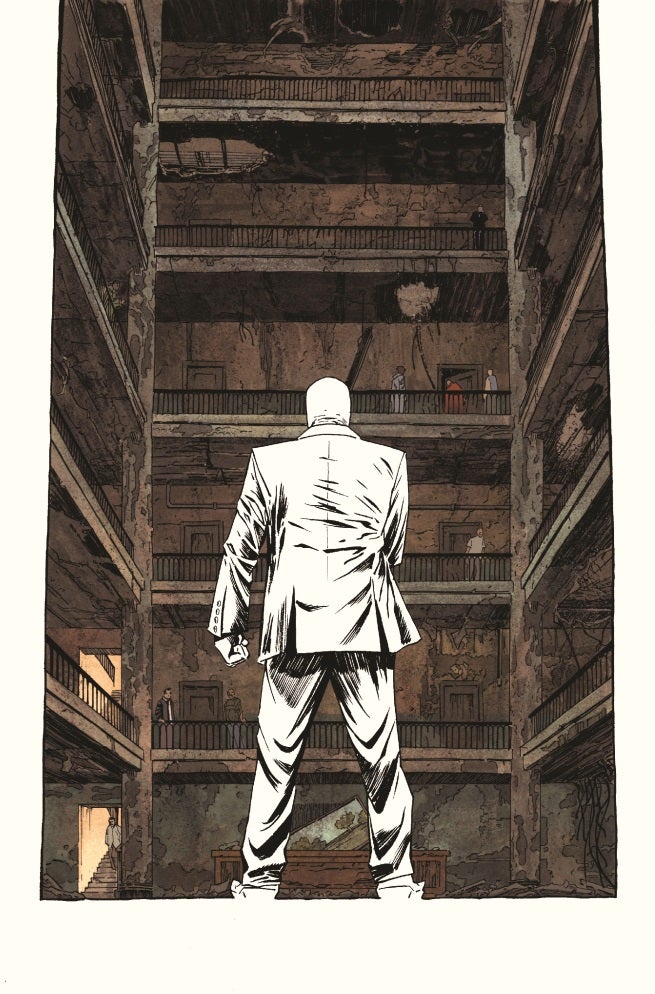 An abandoned hotel in New York contains a single abductee and upwards of twenty armed mob enforcers. Moon Knight is going to go inside and rescue the abductee. Alone.