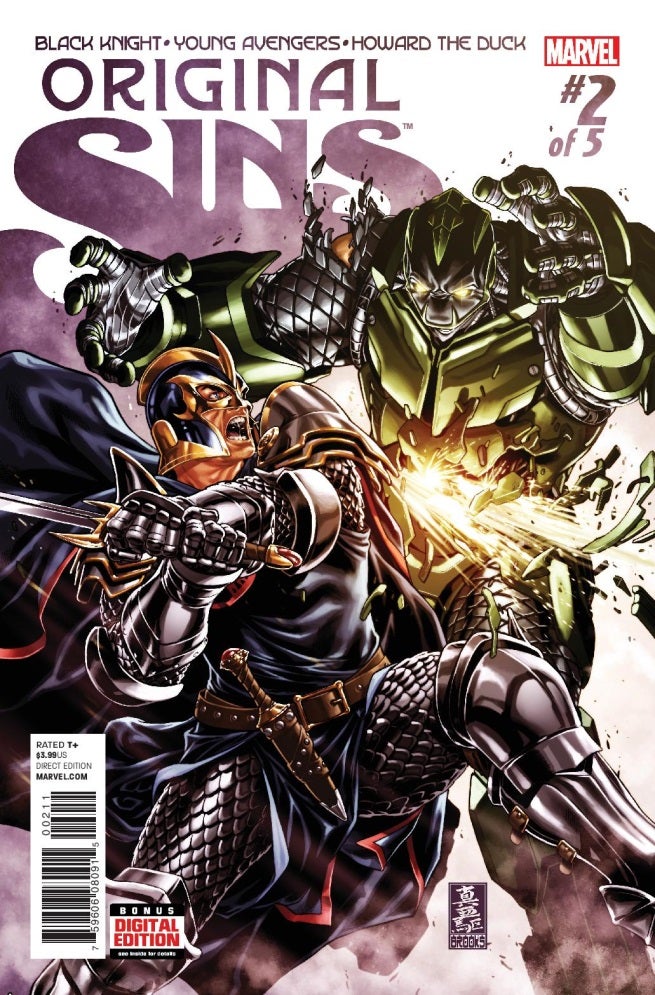 Marvel Comics has provided us with an exclusive preview of next week's Original Sin #2, featuring the Black Knight, the Young Avengers, and Howard the Duck.

First, the Black Knight confronts the shocking truth behind the legacy of his heroic mantle in a new story from fan-favorite writer Frank Tieri and rising-star artist Raff Ienco. Long has Dane Whitman carried the Ebony Blade without knowing the true extent of its power – and the price it will cost him. Now, he's about to find out.

Then, Eisner-award winning writer Ryan North joins artist Ramon Villalobos for part 2 of a Young Avengers story running through each issue of Original Sins. The Young Avengers are hot on the trail of the infamous supercriminal The Hood. Only when they ultimately confront him, it will have starling repercussions for one of the Young Avengers!

Finally, Eisner-nominated cartoonist Ty Templeton explores the Original Sin of the one and only Howard the Duck – and the Marvel Universe will never be the same! 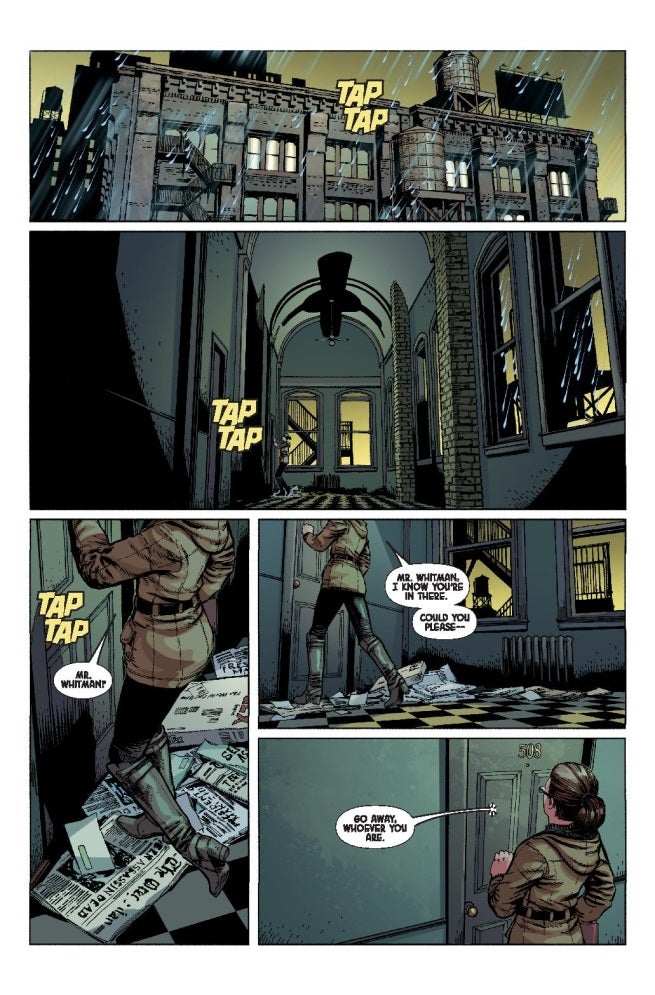 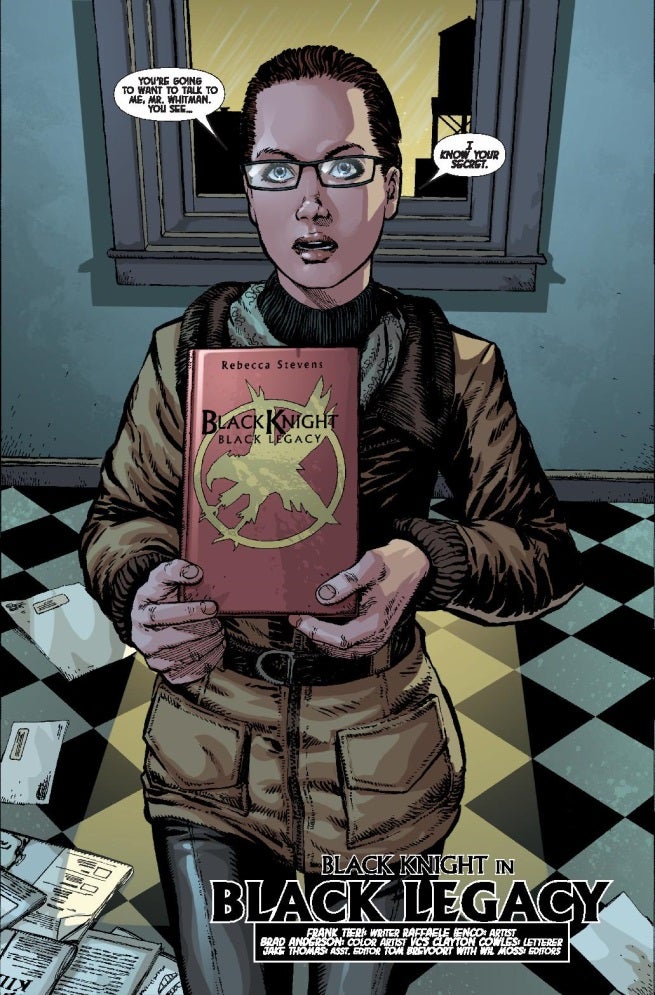 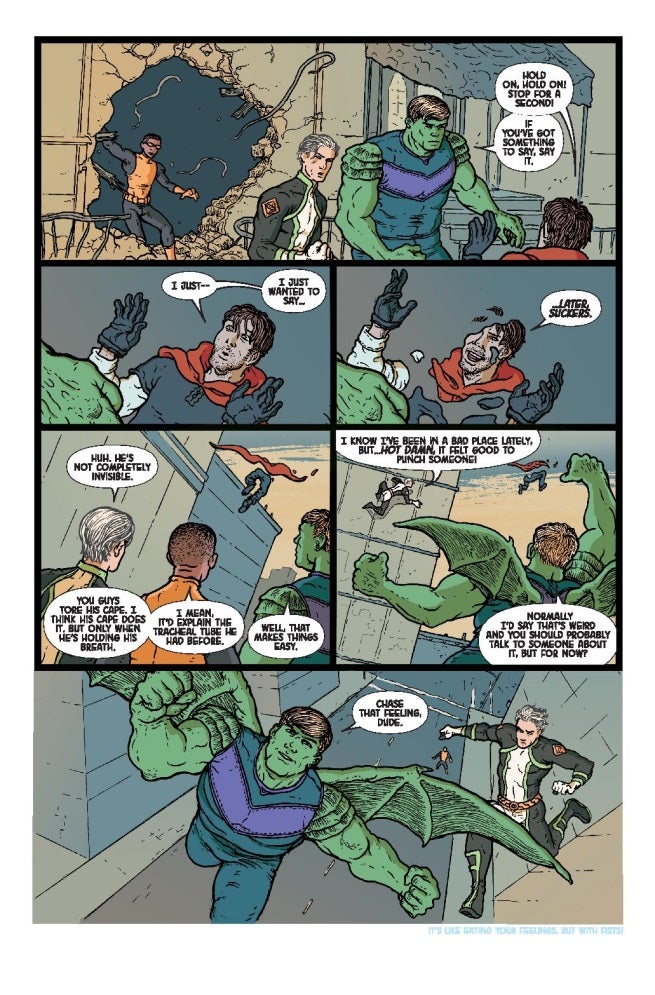 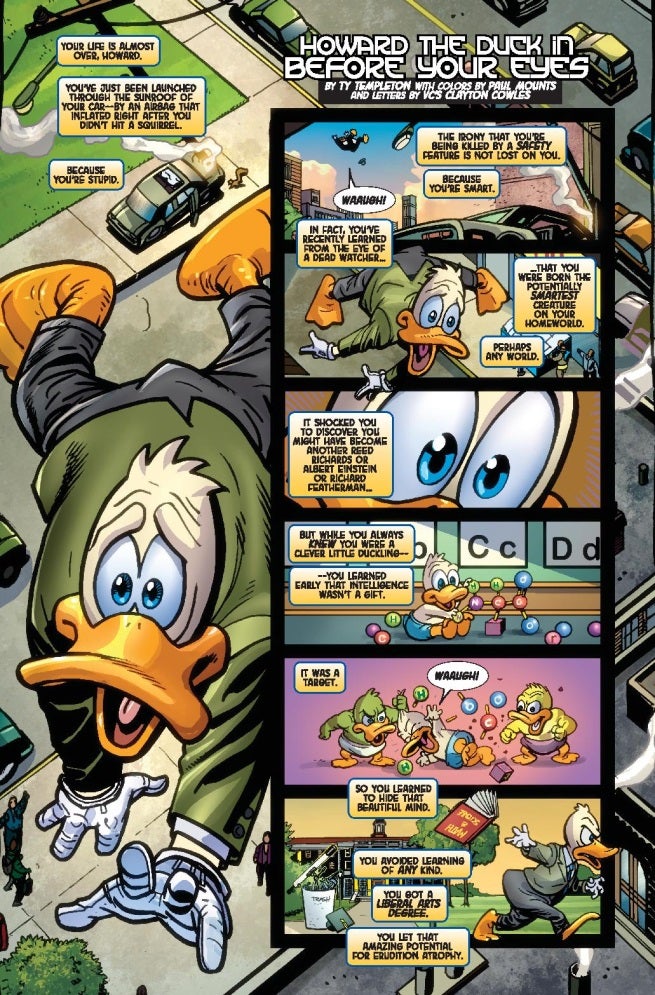