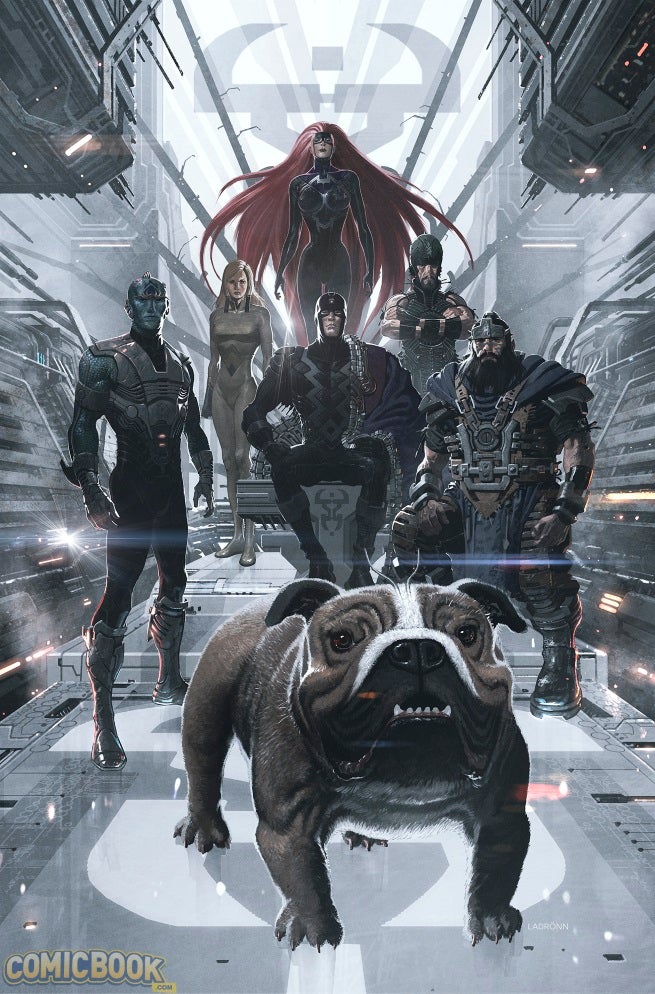 Marvel Comics has provided ComicBook.com with an exclusive first look at the Inhumans 50th Anniversary variant cover to Uncanny Avengers #1, by Jose Ladronn. Ladronn has previously drawn the Inhumans, lending covers and interior art to the Inhumans series from 2000.

The Uncanny Avengers #1 variant is the first in a series of variant covers celebrating the 50 years since Stan Lee and Jack Kirby created the Inhumans, who debuted in 1965’s Fantastic Four #45. A new Inhumans 50th anniversary variant will be released each month in 2015. Ladronn’s Uncanny Avengers #1 variant, featuring the classic Inhumans royal family, will ship in January. In February, the first variant’s companion piece, also by Ladronn, will be released as a variant cover for Guardians of the Galaxy Team-Up #1, and will feature the new generation of Inhumans. In March, Thor #6 will feature an Inhumans 50th anniversary variant cover by Pasqual Ferry.

In the past, Marvel has celebrated the “golden anniversary” of some of their most iconic characters – including Spider-Man, the Avengers, the X-Men, and the Fantastic Four – with variant covers of their own. The see the Inhumans receiving the same treatment is another sign of the huge push the characters are getting from the publisher right now.

The Inhumans 50th anniversary covers are just one reason for fans of the Inhumans to celebrate, as the characters are set to headline their own Marvel Studios film in 2018. Perhaps we’ll even see the first steps down that road in upcoming episodes of Agents of S.H.I.E.L.D.