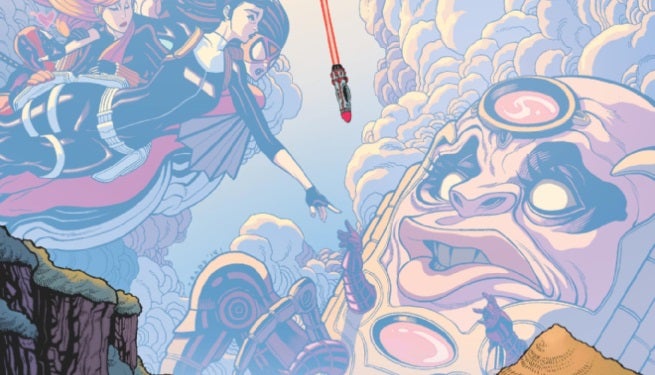 As seen in the preview, this issue sees Hawkeye teaming up with Deadpool to take on an ex-wrestler on an oil rig.

• TLÖN? TLÖN! How many more secrets are going to be uncovered? In this issue? Like, right now? MANY!
•  Hawkeye and Deadpool work together to stop a deranged mullet-wearing ex-wrestler! But Deadpool has a SECRET!
•  Maria Hill figures things out! DOOMED ESCAPE ATTEMPT! DESPERATE SCIENTIST! LAST HOPE! Erhmagerd