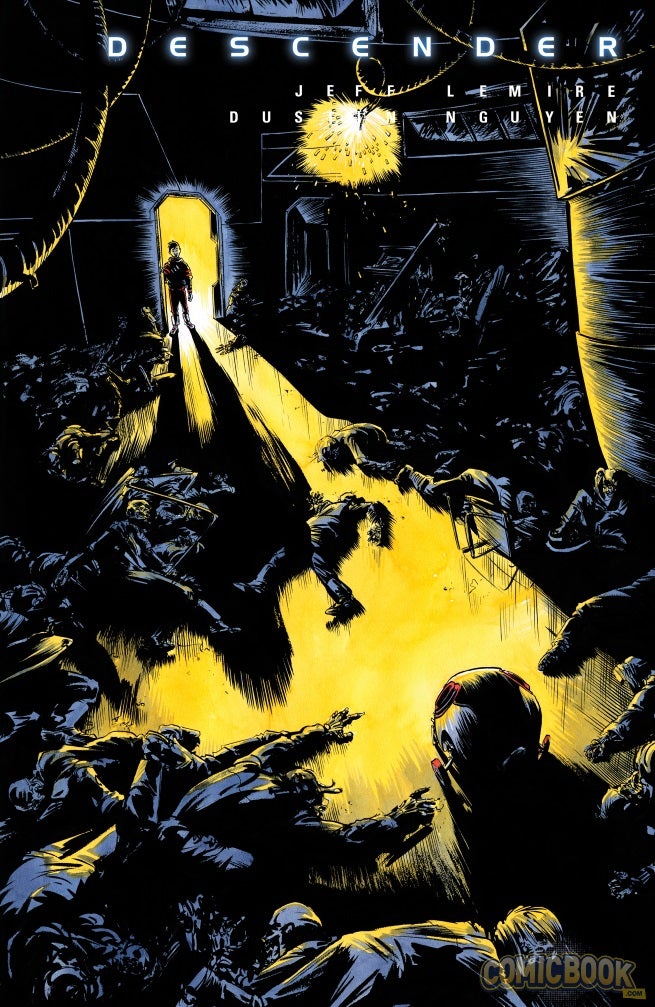 ComicBook.com has received and exclusive first look at Nate Powell's variant cover for Descender #1, the first issue of the new series from Jeff Lemire and Dustin Nguyen.

Powell is known for his graphic novels Swallow Me Whole and Any Empire, and for drawing Congressman John Lewis' account of the civil rights movement in March.

Lemire and Nguyen's Descender, announced at the most recent Image Expo, follows a young android trying to make his way in a universe where all androids have been outlawed, with a bounty placed on their heads.

One young robot's struggle to stay alive in a universe where all androids have been outlawed and bounty hunters lurk on every planet. A rip-roaring and heart-felt cosmic odyssey that pits humanity against machine, and world against world, to create a sprawling space opera from the creators of Trillium, Sweet Tooth, and Little Gotham.