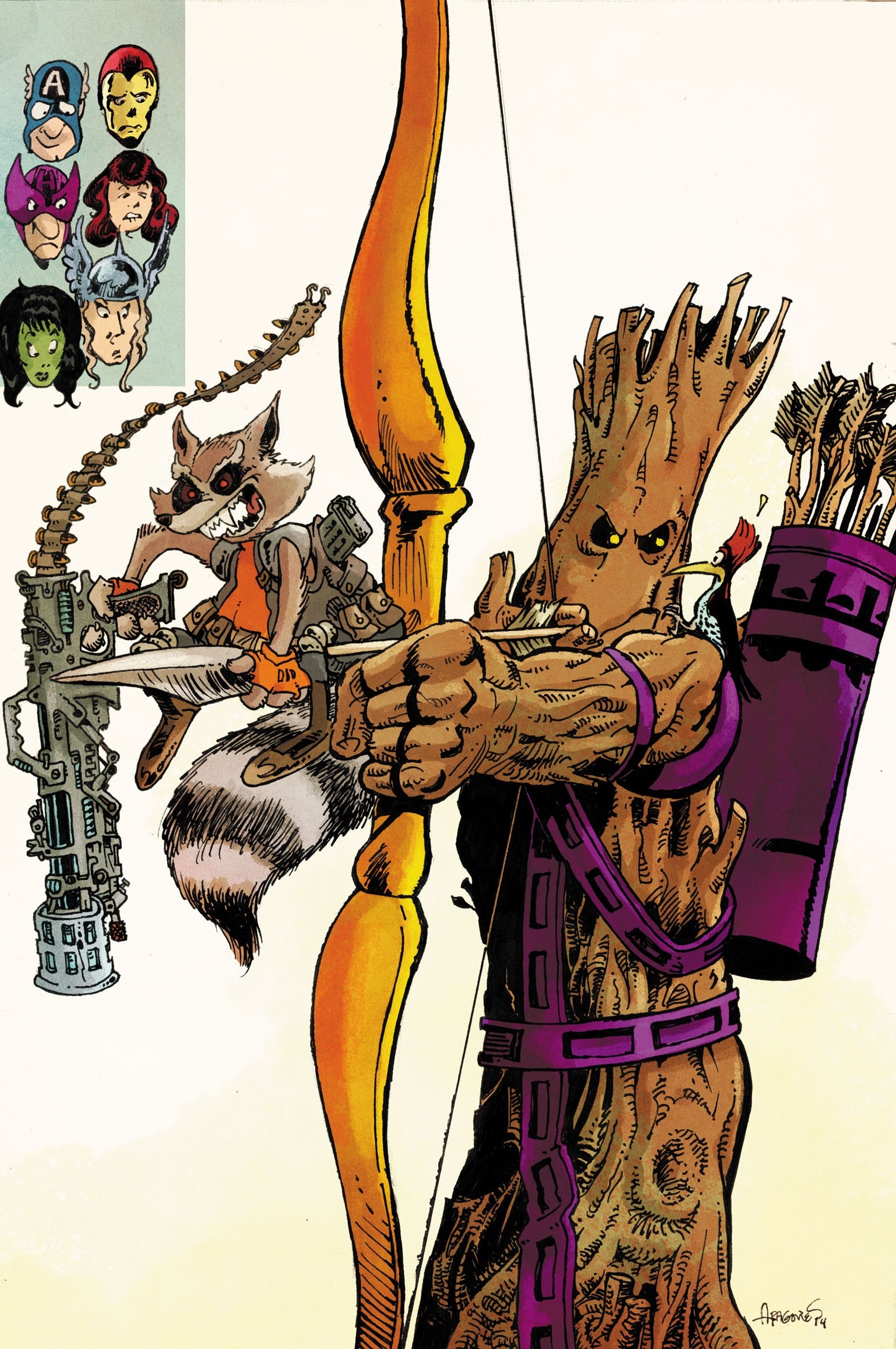 Cartooning legend Sergio Aragones takes aim at the Avengers in this exclusive variant cover reveal to "Avengers World #15," and he's bringing Rocket Raccoon and Groot with him.

Aragones, a cartooning staple within the comics industry since the late 1960s, is best known for his work in Mad Magazine through the past several decades, bringing plenty of madcap versions to Marvel and DC characters. In fact, he even has a Batman:Black and White statue based on his cartoons. Aragones is also known as the creator of "Groo the Wanderer," a comedic fantasy comic that has been published under Marvel, Dark Horse, and Image. The cover pays homage to the classic 1982 "Avengers #223" cover by Ed Hannigan and Klaus Jansen.