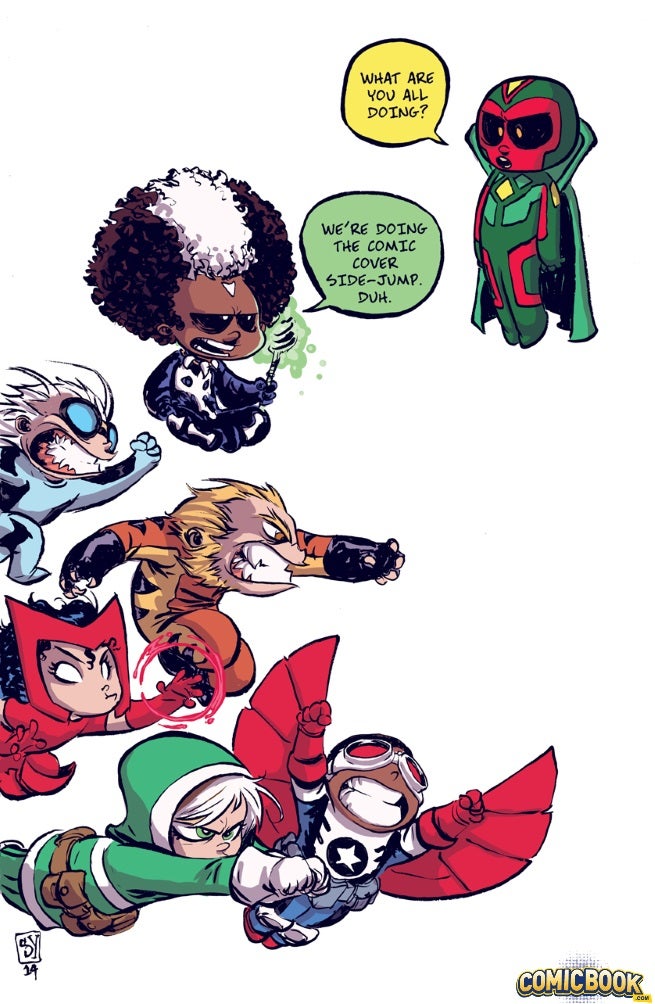 The cover features the new Uncanny Avengers team, reconfigured in the wake of the events of AXIS, and a little bit of fourth wall breaking on Vision and Brother Voodoo’s part.

COUNTER-EVOLUTIONARY PART 1
• From the ashes of AXIS an all-new, all different Avengers assemble!
• The tragedy at the end of AXIS has left the Uncanny Avengers vulnerable, and someone is taking advantage of it.
• One of the Avengers oldest foes returns with a terrible secret that will, all hyperbole aside, shatter the lives of two members of the squad.
• What is Counter-Earth? What terrible secrets does it house?
Rated T