Someone made a really good fake photo image of a full body shot of Anne Hathaway as Catwoman that has been picked up by some of the celebrity gossip sites as an official The Dark Knight Rises image from Warner Bros. It's not. The source of the image is from someone on Deviant Art using the name Vicariou5, who posted the image labeled as a photo manipulation of a Lara Croft cosplay. 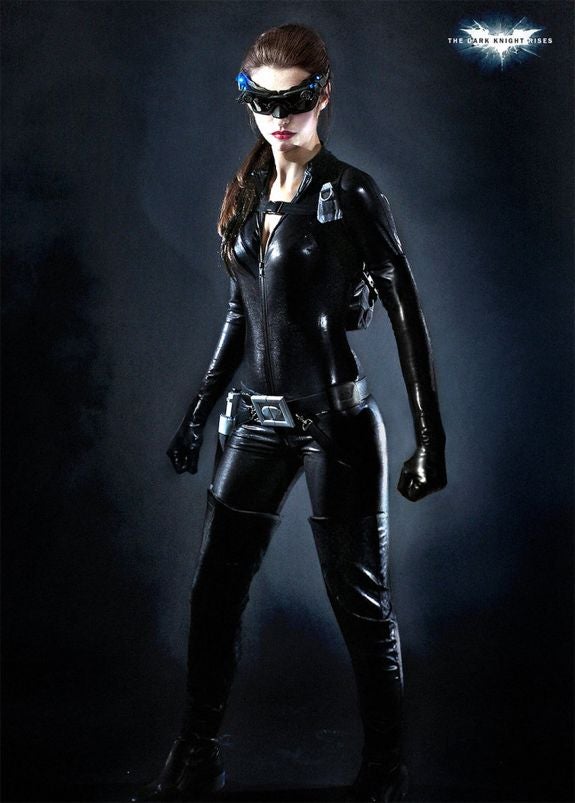 Because the image is so well done, some people have been emailing it around and posting it on tumblr as a leaked official image, which is apparently how it's making its way on various gossip news sites. While the image is still making the rounds, fans have been quick to point out in comments on various sites that the image is a fake. The only official image that we know of released by Warner Bros. shows Anne Hathaway as Catwoman on the Batpod, and it appears on The Dark Knight Rises movie site. There are a couple other unofficial but real photos that have also leaked out from the set. Even though the latest Anne Hathaway Catwoman full body shot is a fake, Warner Bros. should totally hire the creator of the image to work on publicity for the movie, because it definitely looks good enough to be real.