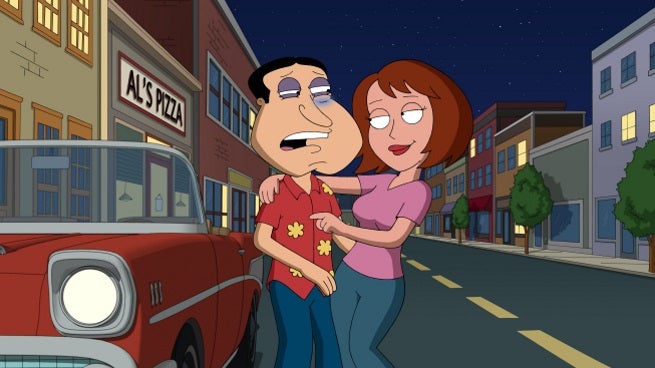 In “Quagmire’s Quagmire,” when Quagmire meets a woman named Sonja (guest voice Rachael MacFarlane) who is as sexually insatiable as he is, he is thrilled to finally be with someone who won’t judge him. However, things take a turn for the worse when Sonja abducts Quagmire, intending to make him her sex slave. It is up to Peter, Joe and Quagmire’s dad to explore the seedy underbelly of Quahog to find and rescue Quagmire. Meanwhile, a love triangle emerges between Stewie, Brian and Stewie’s teddy bear, Rupert.

Guest voices include Adam Levine as Himself and Rachael MacFarlane as Sonja.