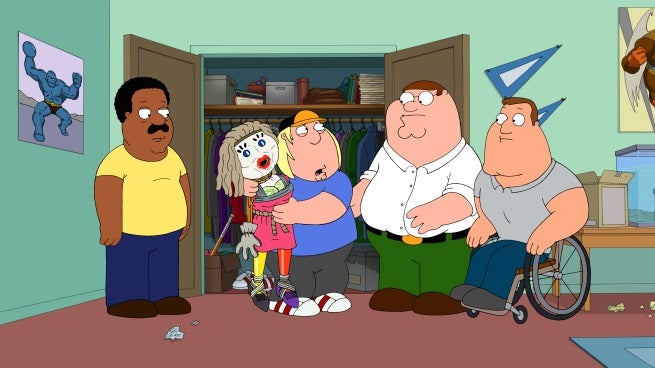 In "Encyclopedia Griffin," Peter, Quagmire, Joe and Cleveland form a neighborhood detective agency, and are stunned to discover that Chris is a thief. Meanwhile, Lois is worried about Chris' delusional relationship with his new girlfriend, but also sees it as an opportunity for Peter to copy Chris' romantic gestures.