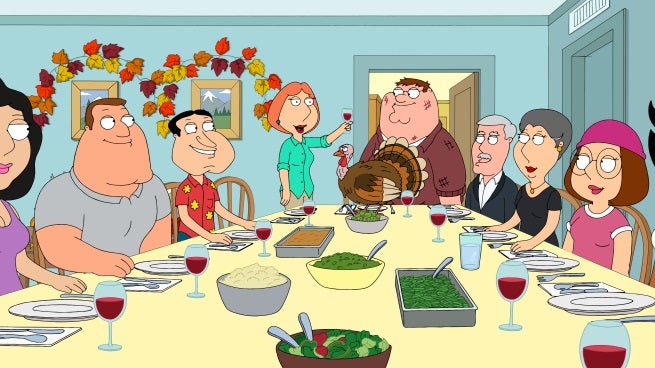 In "Turkey Guys," on the night before Thanksgiving, Brian and Peter drunkenly devour the holiday bird, and then must go out to find a replacement. In Peter absence, Chris attempts to step up and become the man of the house.