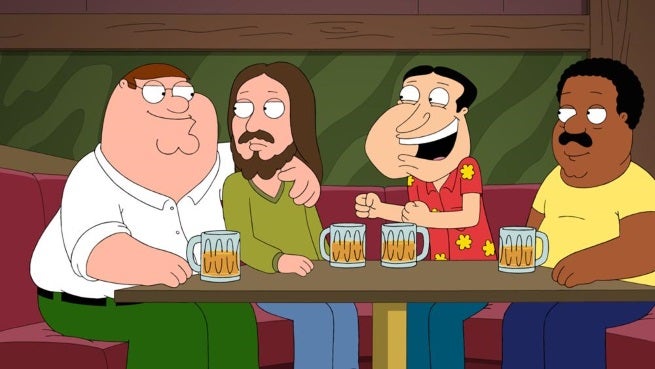 In “The 2,000 Year-Old Virgin,” after running into Jesus at the Quahog Mall, Peter is stunned to discover that the Son of God is still a virgin. So, he enlists Quagmire and Cleveland to help him throw Jesus the best birthday ever by finding a way to help him become a man.