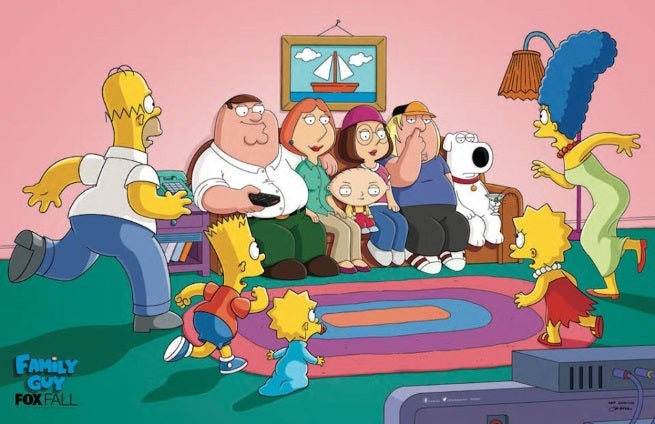 The Season 13 premiere of Family Guy airs tonight on Fox. The episode is a one-hour crossover special guest starring the characters from The Simpsons.

In "The Simpsons Guy," Peter and the Griffins get out of dodge and end up in Springfield, where they are greeted by a friendly stranger named Homer Simpson (guest voice Dan Castellaneta), who welcomes his new "albino" friends with open arms. The families get along famously: Stewie and Bart (guest voice Nancy Cartwright) make out like bandits when Stewie trades in his mind control device for a good old-fashioned slingshot; Lisa (guest voice Yeardley Smith) takes Meg under her wing and teaches her the saxophone; and Peter and Homer fight over the best beer in town – Pawtucket vs Duff