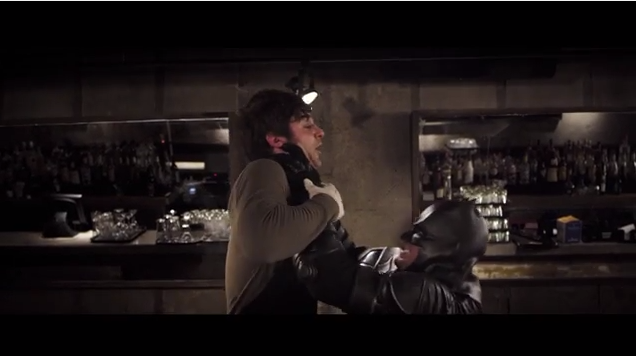 Who would win in a fight: The Dark Knight, or The Dark Passenger?

That’s what this latest Toronto Batman-made mash-up—which pits Batman against Dexter Morgan—attempts to find out. In the video, Dexter visits Gotham City in hopes of confronting the legendary crime fighter. Of course, the two vigilantes don’t see eye-to-eye on the proper disposal of the criminal element, and have a healthy, knuckle-fueled debate over it. Batman may have the physical advantage, but that doesn’t mean old Dexter is without a trick or two up his sleeve. The confrontation is a lot like what you’d expect from a classic Batman and Joker duel, sans acid-spewing flowers and laughing gas.

Check out the epic confrontation in the video below, and place your bets.

And the best part? The video is only the first part in a longer-running series, so fingers crossed that the two clash again soon. You can check out more of Toronto Batman's YouTube videos here.

Fan Mashes Up Batman VS. Dexter