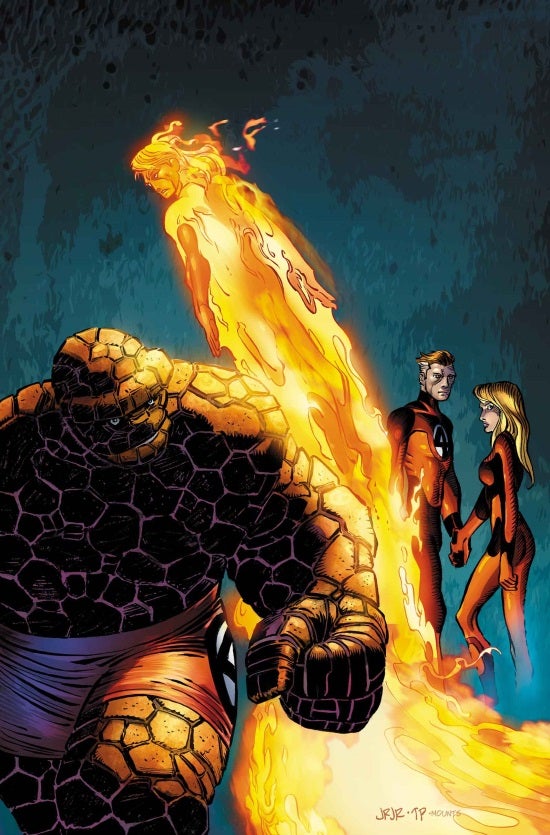 Marvel Comics has released a preview of "Fantastic Four" #3. The fall of the first family continues in this issue, by James Robinson and Leonard Kirk, featuring the Wrecking Crew. Here's the official synopsis:

The fall of the Marvel Universe's first family continues this April in FANTASTIC FOUR #3 – from the explosive creative team of James Robinson and Leonard Kirk! The Fantastic Four have saved Manhattan from an inter-dimensional invasion – but the cost was severe. What was once a team of four has been reduced to three. Is this the end of the Human Torch? Plus – don't miss the introduction of a stronger, even deadlier WRECKING CREW! But with the team down one member, will the Fantastic Four be strong enough to stop them? Fans will not want to miss FANTASTIC FOUR #3 this April! FANTASTIC FOUR #3 (FEB140733) Written by JAMES ROBINSON Art by LEONARD KIRK Cover by JOHN ROMITA JR. Variant Cover by JG JONES (FEB140734) FOC – 3/31/2014, On-Sale – 4/23/2014

"Fantastic Four" #3 will be released in April. 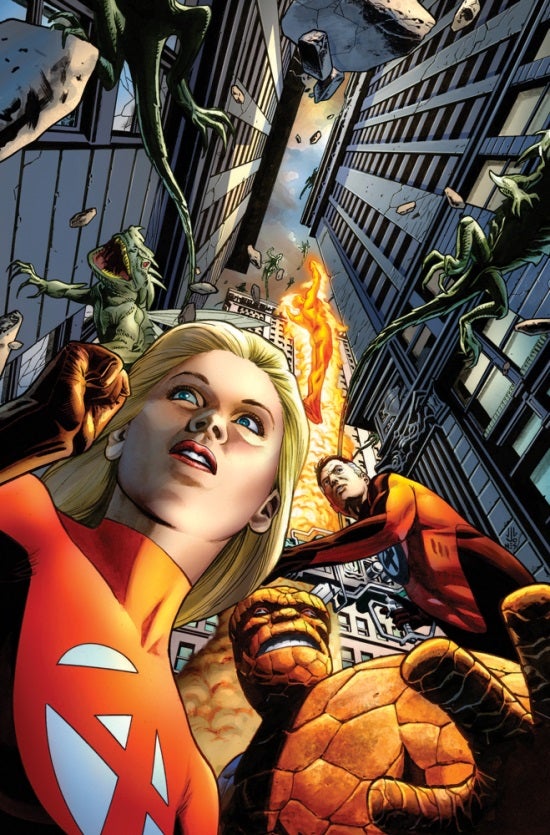 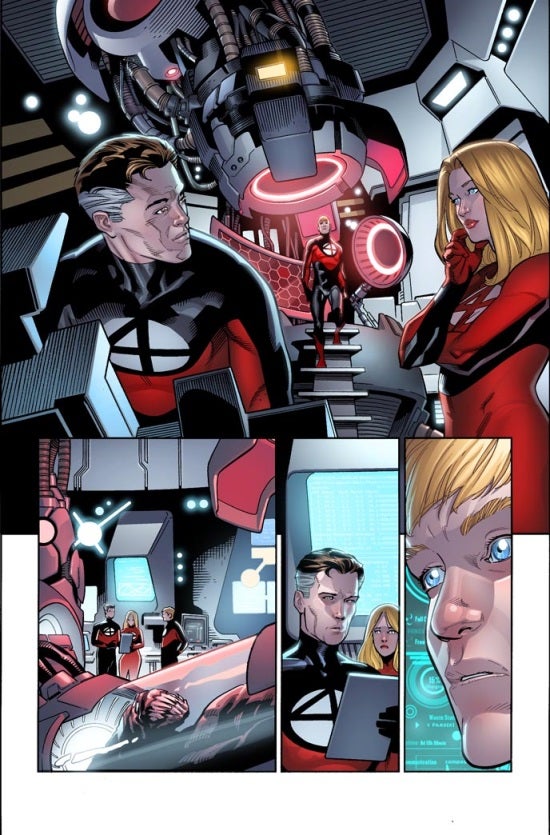 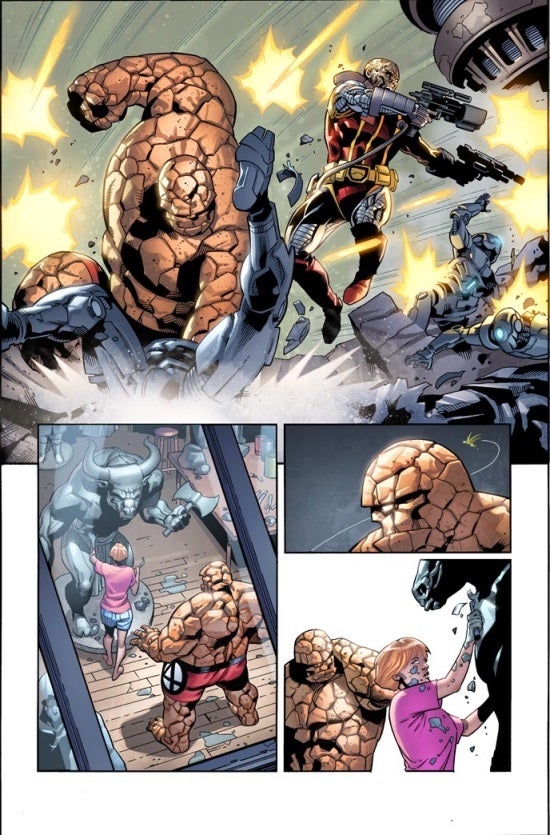 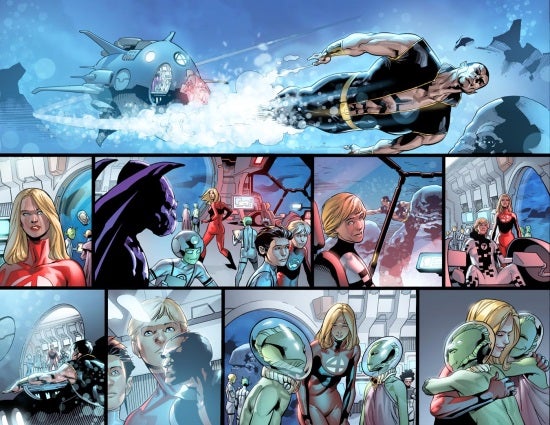