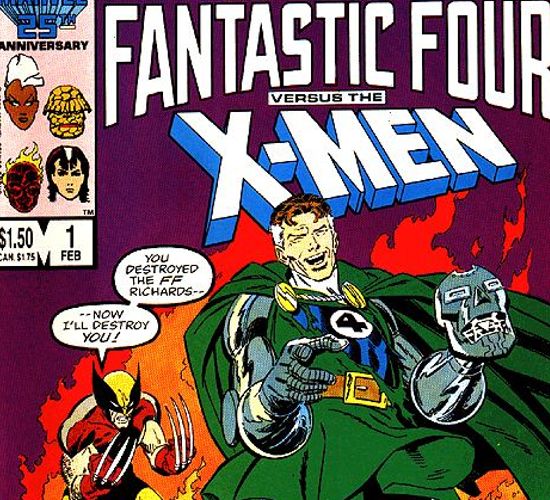 Earlier this year, Fox creative consultant Mark Millar did indicate that the Fantastic Four and the X-Men existed in the same movie universe. However, he later clarified his comments by Twitter. Millar wrote, "I keep seeing 'news' that X-Men & FF movies are crossing over. No, they're not. They exist in same universe but movies stand alone."

At first, we thought Motley Fool might have just seen the Mark Millar comments about Fantastic Four and the X-Men existing in the same universe, but not have seen his subsequent denial of a crossover. However, the Motley Fool's report goes beyond even Millar's first comments and indicates some specific details about the crossover.

Not only does the report indicate that Fox will be combining the two franchises, but the crossover movie will reportedly  be based on the 1987 four issue mini-series called Fantastic Four vs. the X-Men. Instead of teaming up and working together, the characters will reportedly be pitted against each other because of secrets regarding the Fantastic Four's origin.

So does the Motley Fool have some inside scoop on an as of yet unannounced Fantastic Four Vs. the X-Men movie?

Fantastic Four Vs. The X-Men Movie In The Works?