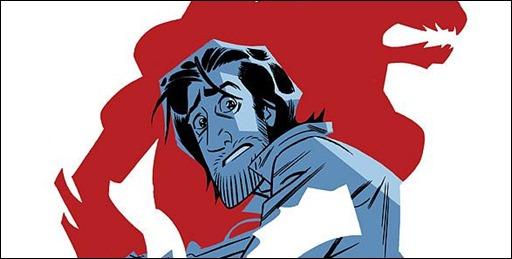 Today at Image Expo, award-winning writer James Robinson, having just left Earth 2 at DC Comics for The All-New Invaders and Fantastic Four at Marvel Comics, announced that his existing Image Comics miniseries, The Saviors, is now ongoing at the publisher, following on the heels of titles like Top Cow's Artifacts. According to Robinson, the title's second arc will take place in Paris, with a new cast of characters. Robinson also announced that he has a new project at Image, Airboy, described as a "semiautobiographical" story with artist Greg Hinkle. 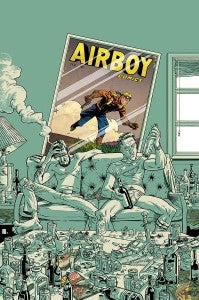 The title reportedly follows their attempt to create a revival of public domain Golden Age character Airboy bizarre, alcohol-and-narcotics-inspired adventures they discovered along the way, among which was hallucinating an adventure with Airboy, fighting against cyborg Nazis. That all sounds a bit like Mae Day: The Crumbling of a Documentary, Kevin Smith's documentary about his failed attempt to make a documentary about a transgender person back in film school--or, for that matter, It's a Bird! by Steven T. Seagle. "If you like Fear and Loathing in Las Vegas, Adaptation, rousing Golden Age aviaton comics and full-frontal nudity, this is the comic you've been waiting for," Robinson joked.